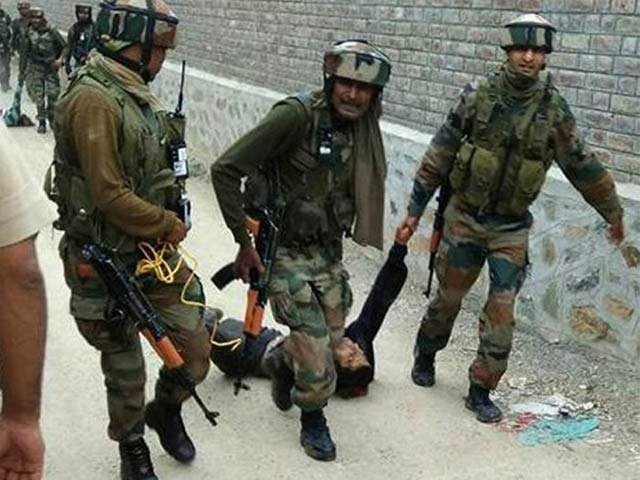 Srinagar: Two years have passed since the Indian occupation of Kashmir, but even today Kashmiris are facing constant extrajudicial killings, arrests and violence.

On this occasion, the Modi government inhumanely used state power to prevent resistance to the controversial move. Thousands of additional troops were sent to the valley to quell the protests. The entrances and exits of the valley were sealed off.
Despite all the tactics of the Modi government, Kashmiri youth took to the streets. The anti-India movement gained new life. In a few days, the occupying forces arrested thousands of Kashmiris and transferred them to remote jails in India. Internet service was cut off to cover the atrocities of the Indian Army in the valley, while the publication of local newspapers was stopped.

India had to face a strong reaction from all over the world, including Pakistan, on the abolition of the special status of occupied Kashmir. The issue of Kashmir was highlighted in various international forums, including the United Nations.

On the other hand, Turkish President Tayyip Erdogan, addressing a joint sitting of parliament during his visit to Pakistan, said that the Kashmir issue could be resolved through justice and not through coercive policies. Former Prime Minister of Malaysia Mahathir Mohamad also spoke openly on the Kashmir issue and termed Jammu and Kashmir as a separate country from India.

American and British newspapers including BBC, TRT, Al Jazeera, France spread the voice of Kashmiris to the world at that time. When the Internet was completely blocked in occupied Kashmir. The Indian government was pretending that the situation in the occupied valley was normal, but the international community did not accept any effect.