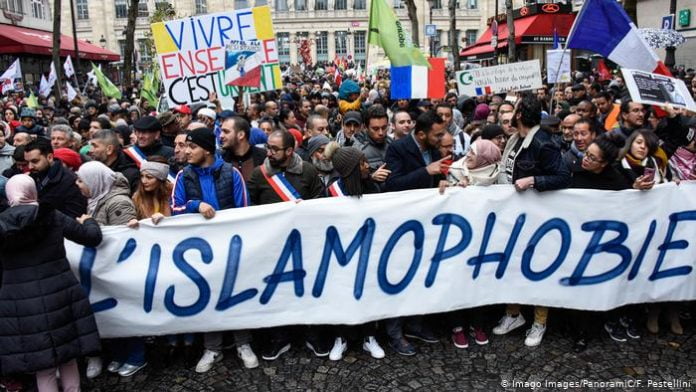 Islamophobia is not a new word but it has been used indifferent periods. Many people may not know the meanings of this word so how can they be aware of its history. Islamophobia, Islam and Greek word It is a combination of phobia which means to be afraid. That is why non-Muslims use this word to mean fear of Islamic civilization. Most non-Muslims are incited against Islam, which causes fear of Islam to enter their hearts. The word Islamophobia has been coined to defame Islam and Muslims. The scope of use has widened and the word is now used to denote Muslims or their extremism. The term began to be used in 1976, but in the early 1980s and early 1990s Usage was very low. The word is widely used after the dramatic attacks on the World Trade Center on September 11,2011. The English word is also used in many other languages of the world. The word was used against Muslims in 1987, however. In 1997, British author Ronmeid wrote Islamophobia: A challenge for all of us. Wrote a report in which this author tried his best to create hatred against Muslims in the world. In this article,Islamophobia refers to extreme fear, extreme fear. The term was also used by French writers, but Islamophobia was most commonly used after the dramatic attack on the World Trade Center with the sole purpose of inciting hatred against Muslims in the hearts and minds of non-Muslims. Therefore, the purpose of using this word is to reduce the popularity of Islam by proving it to be an aggressive religion. However, Islam is a religion of peace, security, moderation and convenience. Islam has the same relationship with violence, unrest, extremism, extremism and terrorism as light has with darkness, light with darkness and truth with falsehood. After the rise of Islam, the Christian world called the Crusades not one or two but Imposed seven crusades which ended with the victory of Sultan Salahuddin Ayubi. At that time, King Louis IX, after his liberation from the Muslims, had advised the people of the West: Christian preachers paid more attention to this advice of the King of France than to the rulers of Europe. Starting with Such tactics are being used to spread hatred against Muslims and Islam in the world that today’s Muslim world is still unable to understand them, the Arab Muslims seem to be completely surrendering to the UAE and Sudan’s recognition of Israel and its relationship with it is also a link. And now what happened in France and the reaction from the French president is to push the world towards new crusades in modern times. Although there was a very weak reaction from the Muslim world, France responded to this reaction with utmost shamelessness. The toughest stance came from the Prime Minister of Pakistan, Imran Khan, and the Turkish President, Tayyip Erdogan. Was declared interference in its internal affairs. However, the Turkish president called the French action an attempt to start anew crusade. While the Prime Minister of Pakistan Imran Khan has written a letter to the leaders of the Islamic world that let responds to this Islamophobia together. There has also been a backlash from Iran and Saudi Arabia, which isa very weak response, while ordinary Muslims consider the reaction on Facebook to be enough. In some Islamic countries, large numbers of people have taken to the streets and strongly opposed France. Some chanted slogans while others stopped using French products. The response from Muslims is particularly weak, which will benefit non-Muslim powers who are once again trying to push the world into crusades through Islamophobia. It is now a fact that plots against Islam and Muslims continue all the time. Even the desecration of the Beloved Prophet (peace be upon him) and the Holy an is not avoided, and the sad fact is that those who teach peace to the world remain silent on all these matters, while the so-called peace The priests get angry. According to the Turkish News Agency, a letter received by mail from the Grand Mosque in Vernon, northern France, threatened to kill Turks, Arabs and visitors to the mosque. The letter says that the war has begun and you must account for Samue death. It is clear that Sample is the name of teacher who was involved in promoting blasphemous sketches in a college and was killed by a Muslim youth. The letter used derogatory language against Muslim women wearing the hijab. Hate attacks on mosques continue across the country following a new wave of Islamophobia in France. The Pantone Mosque near Paris was recently closed for six months. In all these circumstances, Muslim countries need to adopt a joint strategy.