Where should people go? (CNEWS DESK) 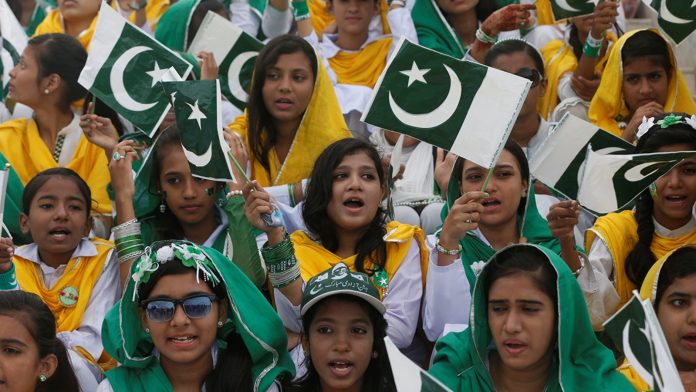 The opposition and the government have been at loggerheads for two years in the country. Both sides are continuing to attack each other. On the one hand, there is a statement and on the other hand, there is an immediate reaction. Even now, national institutions are being dragged into this fight, even though the army chief has bluntly said that politicians are fighting each other. Don’t bring it, but there is still a strange situation on the country’s political scene. Prime Minister Imran Khan and his associates including Fayyaz-ul-Hassan Chauhan, Fawad Chaudhry, Shibli Faraz, Sheikh Rashid are all playing their part in complicating the situation. Opposition leaders Rana Sanaullah, Bilawal Bhutto, Maryam Nawaz, Ahsan Iqbal and many other senior politicians are also taking the lead. The tug-of-war between the opposition and the rulers is taking a new turn every day. Wherever democracy is found in the world, the highest importance is given to the problems of the people. Even in developed countries, there are political battles between the opposition and the rulers. They even go to the chairs in the assembly hall and gossip to each other, but they still do not put public issues behind them. Join the list of winning countries, ruling the world. These countries are big economies. In such a situation, it is tempting to think that the opposition and the government have been at loggerheads in every era since the establishment of Pakistan, but in spite of this, the issue had not reached the point where even national institutions began to be discredited. The question is, where do the people go in this situation? The people are suffering from problems, no system is found anywhere from police stations, hospitals to schools, universities, the most important institutions of the country are losing their importance. There is no system in the country, there is no such thing as governance. While the people have been ensnared by various mafias. Despite government claims, no action has been taken against any mafia. Sugar and flour thieves are safe. Some are in the country and some are abroad. The people have the right to demand a report from the present government on its two-year performance. The government has nothing but accusations against the opposition. Before coming to power, loud claims were made not to go to the IMF, but the IMF was the only support and the PTI government reached out to the IMF. Speaking in Gilgit-Baltistan yesterday, the Prime Minister said that the country’s economy had strengthened in two years and now he would focus on other issues. Imran Khan may not have realized yet that he has been the Prime Minister of Pakistan for two years now. During the two years, his focus should have been not only on the economy but on every issue facing the people. The Prime Minister’s focus was and is on the opposition leaders, but not on his real responsibilities. Now, in all these circumstances, where will the people go? Who do you appeal to to solve problems? Rising unemployment, inflation and bad governance in the country have made the lives of the people miserable, these problems are now affecting all sections of the country. Voices are being raised against inflation from all sides, but so far no effect of any government policy has come to light. The Prime Minister says that we will soon control inflation. Sheikh Rashid is giving two months’ time while other colleagues of the Prime Minister are talking about something else. The fact is that in every meeting there is talk of controlling inflation but no strategy has been adopted yet. The only strategy the government has is to get everything that is needed and not available in the market from other countries. Is this the solution to the problems facing the people? In such a situation, the people have to think about where to go.