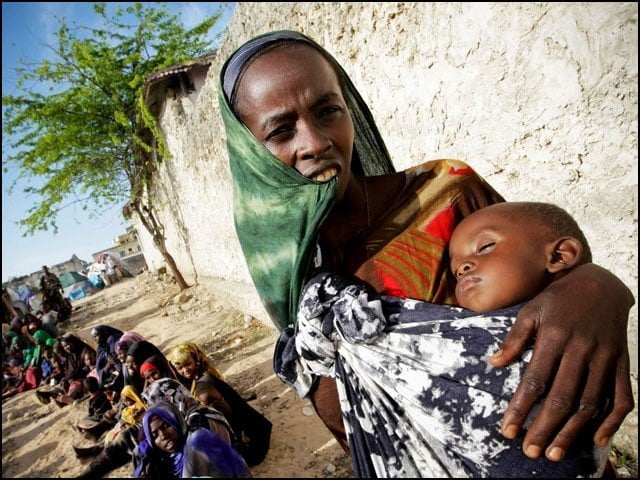 LONDON: Regional wars, clashes, armed conflicts and conflicts have affected the health of at least 630 million women and children worldwide in one form or another, while 10 million children under the age of five have died.

As of 2017, one in 10 women in the world, while one in six children, lived 50 kilometers or less away from some area of ​​armed conflict, or was forced to leave their home. Were done

The revelations were made in a special collection of research articles published in the latest issue of the well-known medical journal The Lancet.
Entitled “Women and Children’s Health in Conflict Conditions”, the collection is headed by Dr. Zulfiqar Bhutto (FRS), a Pakistani professor whose name has been introduced in international medical circles. Don’t need

This collection of articles analyzes data available until 2019 on 54 national-level armed conflicts in 35 countries over the past 20 years or more. All of these figures are provided by hundreds of local, regional and international organizations.

“These new estimates fully reflect the causes of indirect casualties in modern wars and armed conflicts that could have been easily avoided. These include infectious diseases, poor diet, sexual violence and poor mental health, as well as the destruction of basic facilities related to the provision of water and medical facilities, ”said Dr Bhatta.

These special articles also state that the 10 million children who died in the last 20 years were not only 5 years of age or younger, but that about 7.5 million of them were infants. That is, the children were of “breastfeeding age”, which is a maximum of 1 year.

Dr. Zulfiqar Bhutto and his colleagues wrote in their commentary article that today more than 50% of the world’s women and children are living in countries facing “active conflicts”. ۔ “The international community can no longer ignore this concern.

Brutal sexual violence is also very common in such conflicts.

The parties do not shy away from any action, including cyber attacks, to harm their opponents; And as a result, civilian life there is paralyzed.

The large number of deaths from direct attacks in wars and armed conflicts is not part of this figure, but only those suffering from medical problems due to war, unrest and civil war.

Young women living in armed conflict / war-torn areas were three times more likely to die than women living in peaceful areas, while the risk for newborns was 25 percent higher.

Some experts say that the use of modern technology has certainly improved the situation, but it is still not enough.