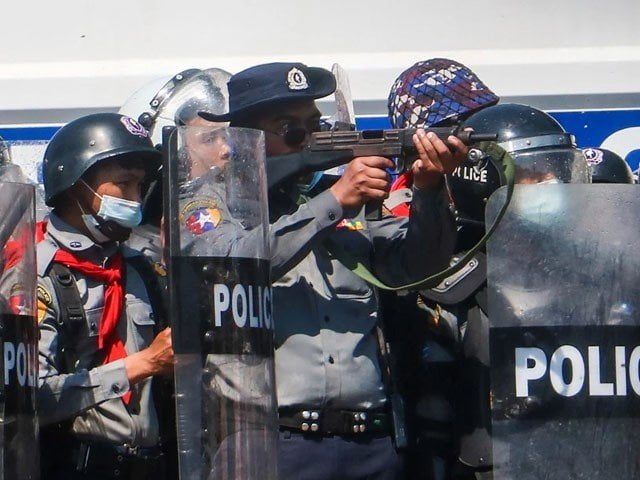 Global news agency said Myanmar police to 9 protesters killed in the event of failure to disperse demonstrators from the area where the shooting occurred in the Northwest Police fired live directly.

Demonstrators chanted slogans against the overthrow of the democratic government and the release of ousted ruler Aung San Suu Kyi. Speakers sharply criticized the military leadership.

Against the coup in Myanmar had 3 doctors began to protest that country has changed in the demonstrations,

the use of force on demonstrators military order. Number of the dead from police fire on protesters 200 Has exceeded In Myanmar, the military seized power on February 1, accusing it of rigging the election and arresting Aung San Suu Kyi and imposing a one-year state of emergency.