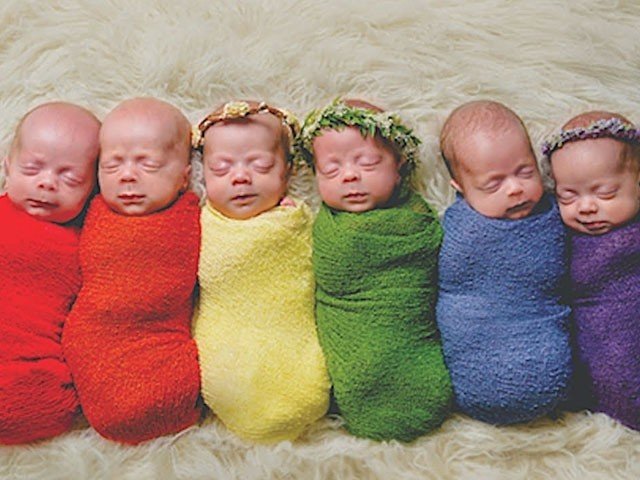 A mother in Nigeria has given birth to six healthy children, according to the British Broadcasting Corporation. Dickens Doris Levy Villain, 49, gave birth to four girls and two boys, while she also gave birth to twins six years ago.

The parents named the six children after the English letter M, meaning Merkel, Mercy, Merit, Marus, Marvelis and Mirable. The couple has eight children and is very happy.
Surprisingly, the children were born at home with the help of a few women in the neighborhood. Dickens Doris Levy Villain was married in 1994 but remained a mother for 21 years. The first twins were born in 2015.

Dickens Doris Levy Villain told media that the reason for giving birth to twins 21 years later and now 6 children is treatment and massage with indigenous herbs. This is a local treatment for infertile joints that has been around for centuries.

It should be noted that in 2009, an American woman gave birth to 8 children at the same time, breaking the record of giving birth to 7 children in the United States in 1997, which is still maintained.