A beautiful sight of the moon appearing above the Kaaba, Subhan Allah 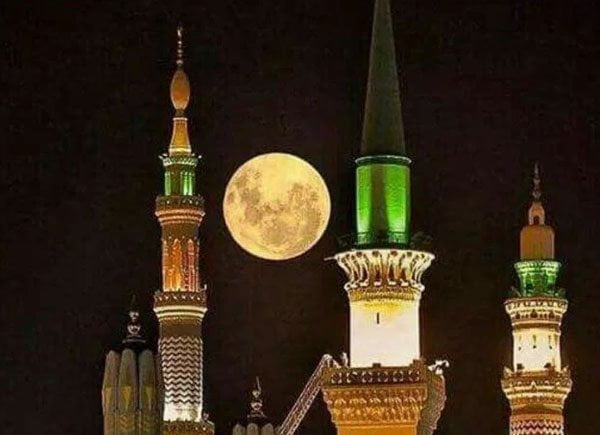 Makkah: The appearance of the moon just above the Ka’bah last night added to the charm of the new environment and the word of Subhan Allah was uttered on the tongues of the children of Tawheed

According to Saudi media, at 10:16 last night, the moon was shining on the Kaaba with its full atmosphere. This scene was seen for the first time since March last year. 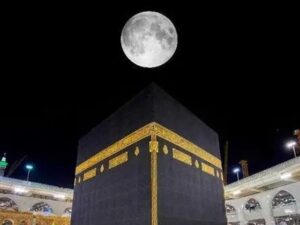 This captivating scene dazzled everyone. On the one hand, the house of the Creator and on the other hand, the scene of the most beautiful creation of the Creator prostrating in this way is invaluable and rare. Those who witnessed this scene praised their Lord and the word of Subhan Allah was uttered on their tongues. When the same moon passed over the Prophet’s Mosque in Madinah, it continued its journey by kissing the high minarets. These pictures went viral on social media as soon as they were seen. 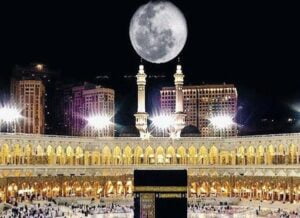