A CUP auctioned for RS.11 crore 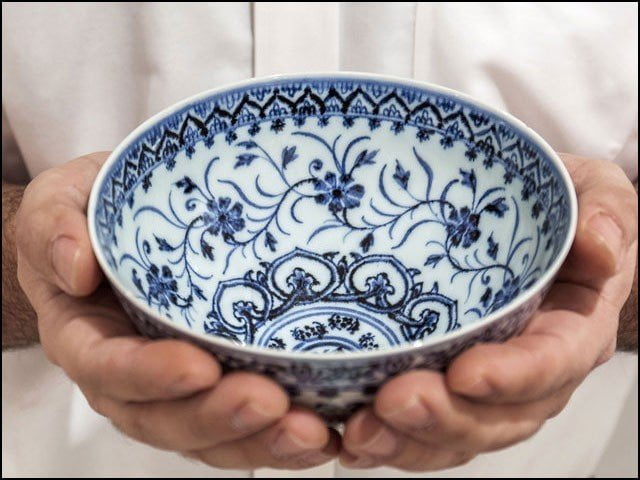 New York: A modest porcelain bowl sold for about 22 722,000 in New York. It was bought last year by an unidentified man in the US state of Connecticut for just 35 35 from a home-made junk sale.

Seeing the unique blue carvings on this white porcelain bowl, he sent the pictures of the bowl to the famous New York auction house “Sodbiz” to find out its authenticity and real price.

Experts at the auction house examined the paintings and discovered that the cup was about 600 years old, dating back to the 15th century, during the reign of the “Yongle King” of the Ming Dynasty of China.
King Yongle’s real name was Shui Di and he ruled China from 1402 to 1424.

These special porcelain bowls were first introduced around this time.

The bright blue lotus flowers on these white bowls were very meticulously made, while some special symbols representing the time of the Jungle King were also made part of the impressions.

This little bowl from Connecticut has all the hallmarks of a Jungle King.

Research by the Sudbiz Auction House also found that there are currently only five more bowls in the world, two of which are housed in a Taiwanese museum, two in separate museums in London and one in Tehran, Iran. Housed in the National Museum of

According to initial estimates, the sixth cup from the United States should have sold for between  Million 500,000, but an unknown person bought it for 7 722,000 at last week’s auction.