A hungry world is a more dangerous place to govern 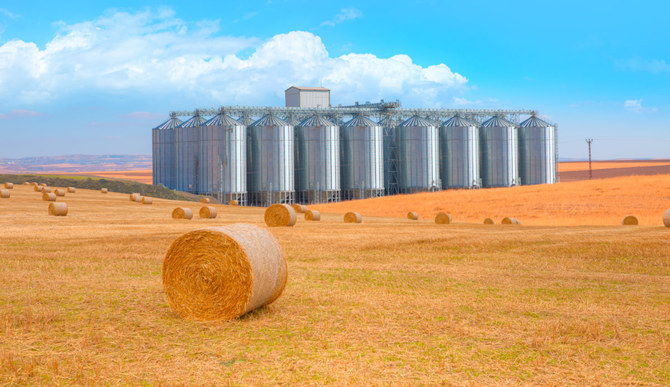 My shopping basket costs have, like everyone else’s in the UK and beyond, rocketed over the past year. The cost of my household gas and electricity is likely to multiply and peak next winter. The first increase, we were told, was due to the pandemic, disruptions to the global supply chain as a result of COVID-19 and, for the UK, Brexit too. Fuel price increases were due to the conflict in Ukraine, which has increased speculation about possible disruptions and less secure supplies, at least in Europe, for the foreseeable future. This led the global oil and gas market to shoot up, as it normally does when peace and stability in the world are brought into question.
It seems to me though that higher food prices and an increased cost of living globally will be a mainstay in our post-pandemic world. Conflicts, higher energy prices and deficiencies in the global entente point to an unprecedented crisis that will only get much worse before the world can rebalance its agenda and cooperate to end conflicts, as well as agree on a sustainable growth agenda and on how to save the planet from climate change and provide affordable basic staples for all.
A new report by the International Panel of Experts on Sustainable Food Systems underlines just that. The report details how food prices around the world have soared to record levels recently, as the Russia-Ukraine war has reduced the supply of wheat and fertilizers to global markets. This, coupled with recent droughts, floods and heat waves fueled by climate change, has complicated matters further.
Many countries are struggling to pay for key food staples, as wheat prices have hit a 14-year peak and maize is at the highest price ever recorded, leading to a domino effect that pushes the basic loaf of bread further away from the tables of many.
The disruption of wheat exports from Russia and Ukraine is not the only reason for the price hikes, which have led to similar increases in the price of soya, rice and other grains as buyers have sought alternatives. The International Panel of Experts on Sustainable Food Systems report points to constraints on counting on Russian and Ukrainian wheat that have pushed the competition for wheat orders into the wider market. This has led to higher costs for this essential commodity, increasing the pain for poorer, debt-ridden countries that rely heavily on imports, such as Lebanon and many African states. Additionally, international aid organizations have been grappling with making food staples available in conflict zones and in nations that rely on aid to feed the dispossessed, from Syria and Yemen to Afghanistan and South Sudan.
Most importantly, the world must work to limit the role of financial speculators, who have been capitalizing on trading in grain futures and maybe artificially inflating prices as they seek to make quick profits on the back of a volatile market. This primarily hurts the poor and needy in developed countries.

Guaranteeing food production and supply in the years to come will require sacrifices and behavioral adjustment by all.

Raising or curbing food production and supply globally cannot be done at short notice, unlike the pumping or refining of oil. Providing wheat and grain staples is a long game that relies heavily on weather conditions, the climate, the availability of farmland and adversities such as heat waves, drought, pests and floods. Hence, maybe the world should endorse the calls made by the G7 agriculture ministers for traders to refrain from “artificially” hiking prices for gains.
Meanwhile, the world’s poor are unlikely to ride the wave of shortages of essential staples indefinitely, raising the possibility of further discontent in an increasingly precarious world.
Guaranteeing food production and supply in the years to come will require sacrifices and behavioral adjustment by all, such as changing our diet and ending our addiction to cheap meat and wheat. By doing so, the world could have a chance to transition to a more climate-considerate existence. Experts have long argued that feeding livestock consumes a large share of the world’s grain, so persuading people to eat less meat and dairy could boost grain supplies dramatically.
For example, if Europeans were to cut their intake of animal products by only 10 percent, it would mean an extra 18 million to 19 million tons of cereals would be available on the market. This would be nearly enough to plug the global shortage, which is estimated to be between 20 million and 25 million tons this year, as was detailed by France’s Institute for Sustainable Development and International Relations.
Investing in grain storage capacity in countries highly reliant on imports and helping them grow more staple foods at home instead of cash crops for export could also help.
All of the above are just a few examples that experts have long campaigned for in the hope of achieving a more food-secure world but, as usual, their pleas have often fallen on the deaf ears of a reluctant world leadership.
Food security deserves more attention, as it is an existential challenge and should not be dealt with in the same way the world deals with the questions of managing our eternal peace deficiency, markets and economies’ permanent exposure to corporate greed and the lukewarm approach adopted by most countries to working toward reducing global warming.
People with unfulfilled dreams and aspirations can usually be appeased by promises, elections or programs for change, but people with empty stomachs and pockets are harder to govern for those constantly vying for power and hegemony to preserve and extend their world dominance status at any cost. (Courtesy Arab News)