A sticker indicating the exact amount of oxygen in the blood 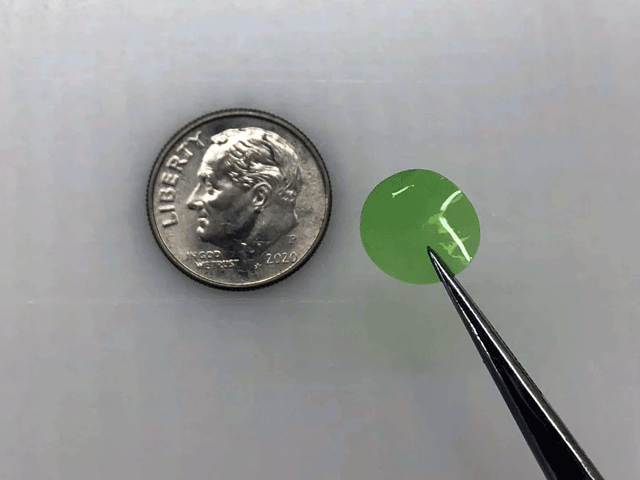 LONDON: Readers will recall that during the Corona epidemic, there was a strong demand for a oxygen meter to measure blood oxygen. Now a low cost and effective sticker has been developed which can be applied to the skin to determine the amount of oxygen in the blood.

The size of this patch is like a small button which makes the presence of oxygen bright with purple color when exposed to near infrared light. Due to its simplicity it can be a great sensor. However, it can also be used for other conditions.

It was invented by Tufts University professor David Kaplan and his colleagues, which is like a thin membrane. It can be applied under the upper surface of the skin after a few minutes of surgery and the patient experiences very slight discomfort as if it were a tattoo-like patch.
Its thin layer is like a permeable gel made from silk protein fibroin. Fiber can not only dissolve on its own biologically, it is also biologically suitable for the human body.

Most importantly, it contains a compound called PDBMAP, and in an oxygen-rich environment the sticker begins to emit purple light when exposed to near infrared (lower red) light. Thus it acts as an oximeter inside the body for a period of time and dissolves in a few weeks or months depending on its condition.

The first test was performed on mice, which emitted light and showed the correct amount of oxygen in the blood. Which has been confirmed in other ways as well.

But it can also be used to detect blood sugar, lactate and electrolytes by making further improvements.