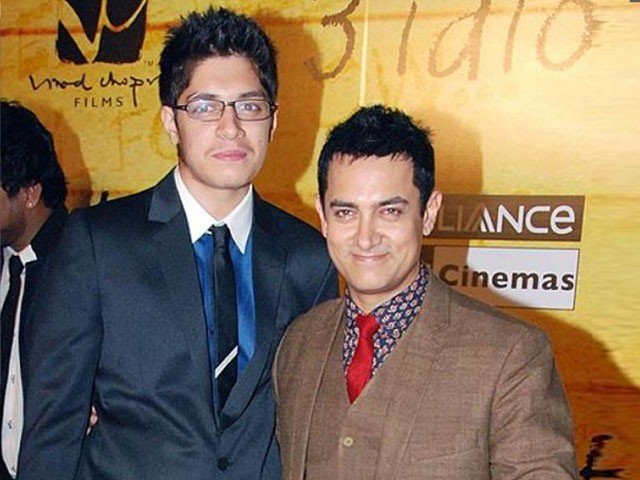 Aamir Khan, who has ruled Bollywood for four decades, is still considered the best actor

because of his films. He always tries to convey a message through films, while one of the reasons for the success of his films is that he not only works tirelessly to fulfill the role but also the body. Following in the footsteps of Aamir Khan, his son Junaid Khan is also busy making preparations for his entry in films.

Aamir Khan had gone to a restaurant in Mumbai with his family. On his way out, he posed for pictures in front of the media. However, he called a man wearing glasses and asked him to remove the mask from his face. People were stunned to see these scenes that it was none other than Aamir Khan’s own son Junaid Khan who has lost a lot of weight.

It should be noted that Junaid Khan, being a theater artist, has already proved his mettle in acting and now he is making his Bollywood debut through the film “Maharaja”. The film is being produced by renowned director Siddharth Malhotra and producer Aditya Chopra.