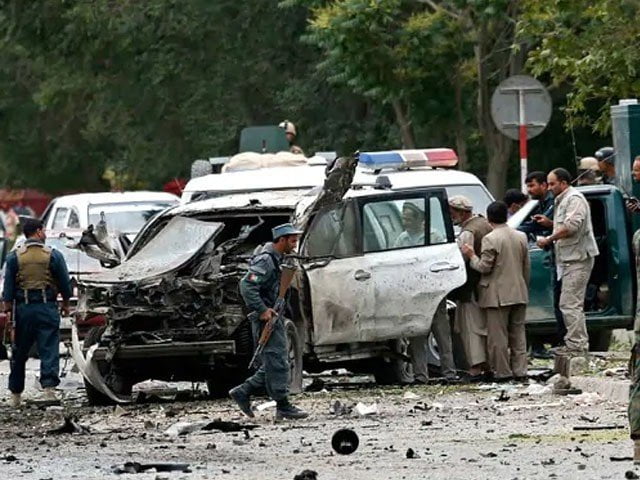 KABUL: Police vehicles have been bombed in three separate blasts in Afghanistan, killing five people, including the commander, and injuring 20 others.

According to Afghan media, the first attack took place in Kunar Province as a police convoy was passing through a busy residential area. The blast was remote-controlled in a car packed with explosives.
The blast was so powerful that nearby schools and homes were badly damaged, while the windows of eight vehicles were shattered and three shops suffered minor damage.
Din Mohammad, a member of the Kunar provincial council, said the blast killed five officers, including police commander Mohammad Feroz.

Meanwhile, a car loaded with explosives collided with a police check post in Kandahar, injuring 12 policemen but no casualties. A spokesman for the Kandahar governor blamed the Taliban for the attack.

On the other hand, a police convoy was also hit by a car bomb in Dzhalal-Abad in which 4 personnel were injured while 3 civilians were injured. The injured were shifted to the hospital where the condition of three policemen is said to be critical.

No group has so far claimed responsibility for the attacks, but most of the bombings in the capital have been carried out by ISIS, while the Taliban have been involved in attacks on security forces in other areas.

It should be noted that since the new US administration, there has been an increase in attacks on police convoys in Afghanistan and this month more than 25 policemen have been killed and more than 50 injured in various attacks, as well as attacks on the Afghan army.