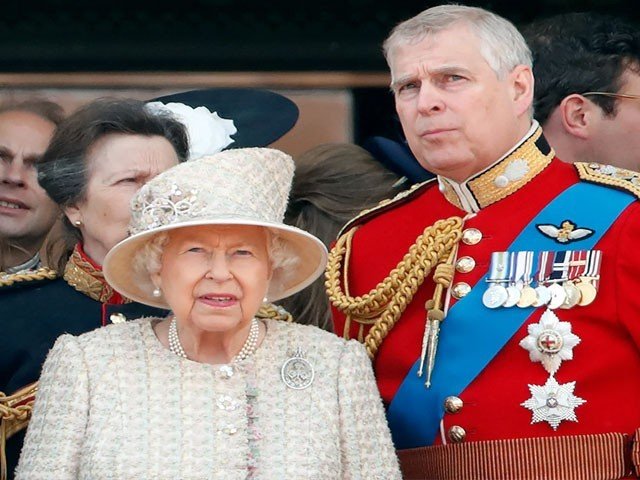 LONDON: The Queen has withdrawn royal honors and patronage from her son Prince Andrew for allegedly raping a woman.

According to British media, military honors and royal patronage have been withdrawn from Prince Andrews, who is facing trial in the United States on charges of rape.

Prince Andrew will now face abuse charges in a US court as an ordinary citizen. After the withdrawal of royal patronage from the Queen of Britain, the title of Hazrael Haynes will no longer be used in the name of Prince Andrew.

According to a statement from the British Royal Palace, the Duke of York will continue to refrain from fulfilling all royal duties and will face trial like a normal person.

A woman named Virginia Roberts had alleged that Andrew had sexually assaulted her in New York in 2001.

A U.S. court has rejected a lawsuit filed against 61-year-old Andrew, alleging sexual misconduct, and now Andrew will have to face the case without the help of the royal family.