America and the Middle East 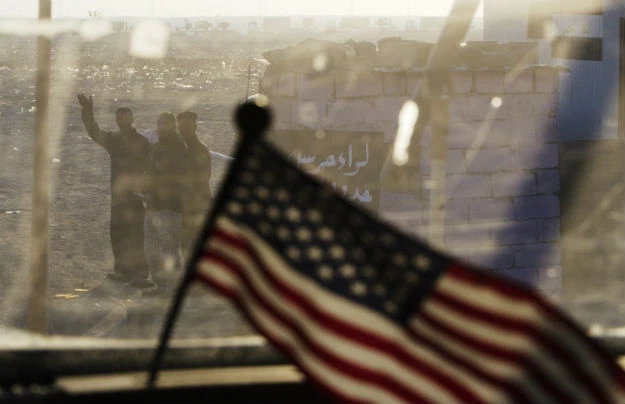 For more than half a century, US engagement across the Arab region, and the wider world, has been premised on “preventive diplomacy,” which entailed knowing more about foreign nations and their citizens than any other country on the planet.
It meant that US embassies were right-sized, well-financed, adequately staffed and well-prepared to deal with emergent crises that could eventually spawn threats or leave Washington exposed and vulnerable in endless, quarrelsome quagmires abroad.
At one point, the State Department was usually the first port of call during innumerable efforts to, for instance, de-escalate tensions and prevent conflicts around the globe. A massive diplomatic footprint allowed for careful and effective interventions that channeled aid and comfort to allies, along with clear channels to telegraph the intentions of the White House to known adversaries who were not keen on getting caught on the wrong side of America’s ire.
In a nutshell, everyday diplomacy made it easier for the US not only to navigate complex landscapes the world over, but to lead a liberal global order on the cusp of maturity given the demise of the Soviet Union. Up until the disastrous War on Terror, it was the tireless, and often thankless, efforts by State Department personnel to build or rebuild institutions that safeguarded American interests abroad, long before belligerents and adversaries resorted to the force of arms to service their nefarious aims.
Unfortunately, that was then. Now, American diplomacy is tinged with a profound reluctance to engage meaningfully, or forcefully, for example to help settle quarrels that have subsequently spilled over into extraterritorial proxy affairs in Libya and Syria. Meanwhile, an ill-timed “pivot” to Asia and Europe has only sparked a scramble among regional powers to establish their own hegemonies across the Arab region.
Since 2011, the American capacity to intervene in conflicts, build post-war institutions and guide transitions competently has sharply declined, guided by an illogical aversion to risk that has resulted in a reduced US presence in several parts of the Middle East. The consequences of that blunder in decision-making are already playing out in Afghanistan, Syria, Lebanon, Tunisia and Iraq, to name but a few.
Prior to the disastrous War on Terror, American engagement across the Arab world was defined by a characteristic enduring, knowledgeable and consistent presence that was immune to Washington’s constantly shifting political winds. A hallmark of this steady, dependable presence was the cultivating of deeply embedded contacts, which made it possible to develop local understanding and make its findings or conclusions intrinsic to policymaking and broader strategic maneuvering.
After the 2012 Benghazi attack, however, the State Department began to prioritize risk aversion, introducing bureaucratic security processes or over-cautious restrictions that left staffers, civilians and others sequestered in embassies and unable to fully engage with counterparts in a part of the world with relationship-based societies that emphasize personal contact.
In the years since, a knee-jerk response that prioritizes safety over cultivating crucial relationships to safeguard American interests has created an unsustainable model for engagement that is partly responsible for the disappointing crisis response in Libya. There, Washington appears as a lumbering, disinterested reactionary, far too comfortable taking a backseat to the competing external interests seeking to dominate a landscape battered by conflict and political malaise, despite its still palpable influence on the North African country’s trajectory in its quest for full democratization.

The US must not unilaterally disarm itself by retreating from areas where others are stepping up.

Even after other Western embassies have returned to Libya, the US and Canada remain notable exceptions, preferring instead to run their operations from neighboring Tunisia, which is currently beleaguered by its own political crisis due to a presidential “self-coup.”
Unsurprisingly, Washington is also strangely passive in its response to the worsening political and economic situation in Tunis, even as the initial enthusiasm for President Kais Saied’s power grab has cooled, which should have elicited a forceful response urging the return to, and promotion of, consensual democratic solutions to Tunisia’s crises.
This prioritization of risk aversion in diplomatic engagement is clearly depriving Washington of much-needed local knowledge and understanding, thus making it more challenging to foresee grave threats, let alone craft effective preemptive action.
Granted, the post-9/11 era has significantly altered the Middle East and North Africa region, and the ensuing “hard power game” between Moscow, Beijing and Washington makes it impossible for the State Department to simply return to any sort of pseudo-MENA-centric posture. However, the US must not unilaterally disarm itself by retreating from areas where others are stepping up.
The foreign policy community in Washington must surrender the zero-sum view that America can only pursue its interests in the region by taking on a maximalist agenda or through a complete remaking of the Middle East.
Indeed, while there is broad consensus that the previous two decades of the post-War on Terror world have produced far too few successes, the jury is still out on what America’s posture in the Arab world should be and whether it can meet with “success” — whatever that means.
It is this ambivalence and uncharacteristic waffling that has driven a few of America’s partners in the region to seek out new relationships and make new calculations in their engagement with the US going forward.
Clearly, the priority for the State Department should not only be insisting on an enduring presence but also a return to the dynamic engagement of the pre-9/11 world, which balanced security interests with economic, political and mutually beneficial cooperation across a range of arenas, not excluding repairing the Arab world’s broken food, water and energy nexus. That level of engagement would require more-involved contact and forceful demonstrations of intent, instead of the current muted responses and absence.
At this rate, America’s waning Middle East diplomacy only serves to act as a stalking horse for geopolitical rivals who do not want to repeat Washington’s failures and end up spending blood, treasure and diplomatic capital in pursuit of narrow, out-of-touch aims.
Without a much-needed turnaround, only tragedy awaits. After all, a frequent conclusion of American foreign policy is often that where the State Department retreats, a Pentagon hammer emerges — one that sees almost every convulsion as a nail rather than a development that is in equal parts concerning and an opportunity to influence outcomes.(Courtesy Arab NEWS)