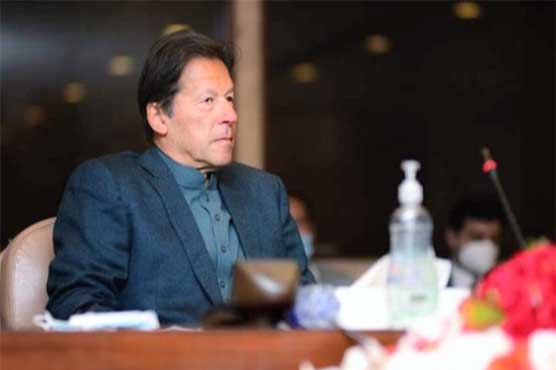 In countries where parliamentary democracy is in place, the prime minister is the chief executive. According to the constitution, he is free to exercise his powers, while in countries where presidential democracy is in place, the president is the chief executive. He Uses powers accordingly. Examples of some European and Western countries can be given in this regard. And the secret of the development of these countries lies in the fact that according to the constitution and the law, the head of each institution exercises his own powers. Pakistan is also a democratic country but the role of institutions has not been clear so far. There is a constitution and a law that determines the powers of each institution, but in Pakistan there has been a sharp conflict between the institutions. In view of this conflict, whenever the media persons get a chance, they seem to ask this question to every high-ranking official. Similarly, during an interview, when the Prime Minister of Pakistan Imran Khan was being asked this question, he openly said that there is no pressure on him to make all decisions independently. In Pakistan, the question is repeatedly raised whether the Prime Minister is free to run the affairs of the state or not? Do he take instructions from anyone or not? Is there any kind of pressure on him or not? There is a reason for these questions to be asked because things have their place but the ground realities look different. When asked about General (retd) Asim Saleem Bajwa, the Prime Minister took a clear stance that there was no pressure from the Army for the appointment of Asim Saleem Bajwa. He was appointed Chairman of the CPEC Authority on the basis of experience. Asim Saleem Bajwa gave a detailed reply to the allegations leveled against him. If anyone has evidence against him, he can approach the NAB. It is true that propagandists should pick up the evidence and approach the relevant agencies. The Prime Minister has taken a firm stand that he is free to make decisions. But the question is, if he is free, why do the ground realities go against them? We have no doubt about their intentions, determination, thinking and thinking but unfortunately the ground realities tell other stories. As relax, lazy and negligent as the government has been in controlling food prices, it can no longer be distinguished by petty measures and rhetoric. This issue requires serious deliberations and practical steps. Accurate data is very important to solve this problem. Accurate information is even more important. How will the problem be solved when the Prime Minister is always informed that everything is artificial, that it is the work of the mafia, that things are being imported from outside under duress? The Pakistan Tehreek-e-Insaf (PTI) government has so far failed to control inflation because the ministers do not understand, they do not work and they do not want to work. The simplest and best excuse for them not to work, not to solve problems is that everything is due to the mafia. But can the Prime Minister and his colleagues can understand that they have fulfill their duty.