Are you lonely – or alonely? 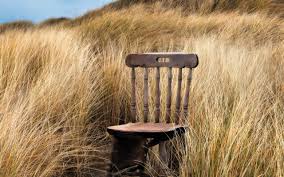 Have you ever wondered what the opposite of lonely is? Given that Valentine’s Day is today and it feels like the Covid-19 pandemic is never going to end, this might seem like a strange question to ask. But if you are one of the millions of people worldwide whose private home has now become a public space — simultaneously a home office and a remote classroom… or possibly an unemployment centre — then you might find yourself in the category of the alonely.

The opposite of loneliness

Loneliness has been well researched in the social sciences, given its negative effects on mental and physical health, and has generally been defined as the subjective feeling of dissatisfaction with one’s interpersonal and social relationships. But does a mirror image exist? Could one ever feel a dissatisfaction that comes from the sense that you haven’t been spending enough time by yourself?

Many of us who enjoy being alone have lived with this question for years and already know the answer. But the question has not come under scientific investigation until very recently, when psychologist Dr Rob Coplan and colleagues conducted a series of studies that sought to more deeply understand the implications of feeling deprived of solitude.

How to know if you’re ‘alonely’

Plenty of research has shown that seeking solitude can be beneficial if certain criteria are met: it’s sought after by choice, it’s enjoyed in moderate amounts, and it’s balanced with spending time with other people.

We also know that some people inherently desire more solitude than others, and when it’s not connected with shyness or social anxiety, seeking time alone is a perfectly well-adjusted thing to do. However, when this desire isn’t fulfilled, the feeling of aloneliness results (the prefix a indicating not, as in asymmetrical).

The researchers developed the Solitude and Aloneliness Scale, a self-report questionnaire that asked participants to rate how much they agreed with statements like “It would be nice if I could spend more time alone each day” and “I wish I could just be by myself more often”. If you took this questionnaire and received a high score, the researchers would classify you as “alonely”.

If you’re a person who needs a lot of time alone to feel balanced or clear-headed, then when you’re operating at a deficiency (ie you are “alonely”), your well-being might be at risk. You likely end up feeling irritable, overwhelmed, or drained.

Indeed, Coplan and colleagues found that high scores on aloneliness were positively correlated with stress and a general dissatisfaction with life.

On the flip side, the researchers also found that for people who identify as very alonely, the more time they spent in solitude, the less depressed they felt. In other words, the cure for feeling alonely is to spend more time alone. This finding might seem obvious, but in practice, it can be quite difficult to make happen in daily life.

What to do if you’re alonely

The researchers recommended deliberately planning or scheduling time alone in order to avoid what they call a “negative degenerative cycle”. They explained that when your need for solitude gets continually thwarted by the stress of competing demands on your time (or space), the result is an increase in feelings of aloneliness, which then increases stress and life dissatisfaction. This negative cycle can exacerbate internalizing symptoms (e.g. depression).

The researchers also acknowledged that it may not be possible to deliberately plan for time alone, so you may need to readjust your expectations. To me, this accurately reflects what many of us are experiencing during the pandemic, where time and space for solitude are in short supply.

Perhaps, then, it’s the quality rather than the quantity of time spent alone that matters. Even brief snatches of solitude, if spent engaging in truly pleasurable and meaningful activities, may be enough to alleviate feelings of aloneliness.

So if you’ve been feeling guilty for wanting to get away and be by yourself, let that feeling go. Rather than thinking of solitude as a luxury or a selfish indulgence, listen to the research: it’s important for your well-being. (Courtesy Khaleej Times)