As the US quits, China looks to move in 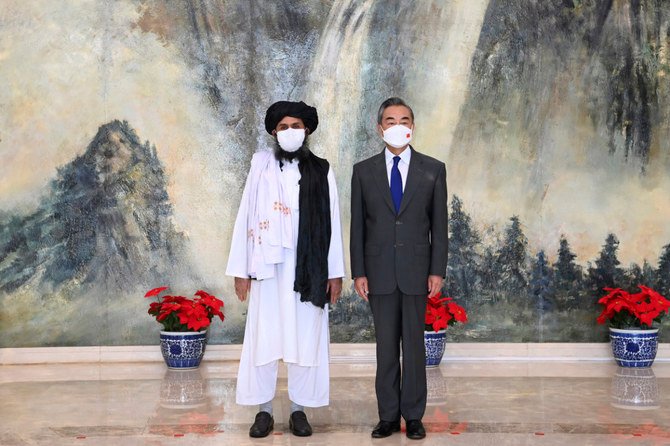 Major regional powers are looking to fill the vacuum left by the US departure from Afghanistan. At the forefront are Russia and China. Moscow is proceeding with extreme caution and has upgraded its designation of the Taliban from “terrorist” to “radical,” while Beijing sees Afghanistan primarily through the lens of its Belt and Road Initiative. The Chinese have already built extensive infrastructure throughout Afghanistan’s northern neighbors and they continue to build at pace both there and through Pakistan down to Lahore and Gwadar.

China’s main hope in Afghanistan is that conflict doesn’t spill beyond its borders. In many ways, the stability the US brought to Afghanistan provided a suitable backdrop for Beijing to expand its own regional ambitions while Washington did the heavy lifting with its blood and treasure. China has no inherent affinity with or interest in any Afghan party. At most, it would have preferred not to have a strong US ally on its western border. And, given the extensive contacts between the Pakistani and Chinese military and intelligence establishments, it was probably influenced by Islamabad’s long-term distrust of the Kabul government.

Beijing already has good working relations with both the Kabul government and the Taliban. It currently has investments in a copper mine outside Kabul and oil fields in the north. There is also a Confucius Institute at Kabul University. Much of this may not survive the takeover, but the Taliban have already indicated they would welcome Chinese investment to rebuild the country.

The Taliban have historically close ties to Pakistan, an increasingly important ally of Beijing, and have also cultivated closer ties with Iran, their erstwhile enemy, as a consequence of the two-decades-long US occupation. The confluence of interests toward regional cooperation between both sides of the Afghan conflict with China, but also with Beijing’s close regional allies in Pakistan and Iran, is remarkable — and may be the basis for a surprising peace in the region, if not a comfortable one for many of those who have to live under it.

But these circumstances are fragile and rapidly changing. The Taliban have proven in the past that they are independent-minded and belligerent above all else, while Pakistan’s Inter-Services Intelligence will always be a wildcard in regional affairs and there are plenty of other, smaller extremist players operating in the region that could undermine cooperative efforts between the bigger players.

Islamabad will have to tread carefully as it will not be keen on seeing an inspired Tehreek-e-Taliban Pakistan jealously eyeing its counterparts over the border forming an Islamic emirate. And China’s own approach to diplomatic engagements is also a major risk factor: If Beijing tries any of its increasingly abrasive “wolf warrior diplomacy” against the major players, for whatever ill-judged reason, things could revert back to their chaotic norm.

Beijing is, therefore, very cautious in the way it is approaching the Afghanistan problem. The last thing the leadership wants is to be mired in the kind of quagmire the US and the Soviet Union found themselves in — or to bear Islamist blowback if things go off the rails. China’s activities have been quiet because it wants to maintain as much global deniability as possible.

It is working the diplomatic backchannels hard, but any visible engagement in the country will be concealed through obscuring veils. Any economic investment will be led by “private” companies, any issues relating to security for economic projects will be managed by private mercenary groups, financing and guarantees will likely go through many middlemen, and so on. This will deviate quite substantially from the usual investment diplomacy playbook that China has honed over the past two decades, in which its efforts are usually highly public and serve propaganda purposes both domestically and internationally.

But neither the success nor failure of Beijing’s efforts in the country need necessarily be a bad thing in light of the original primary US objective after 9/11, which was to ensure Afghanistan does not become a haven for terrorist groups. If Chinese intervention manages to bring stability to the region, they will be more likely than America’s own efforts to stamp out the kind of radicalism that might spill over to the West. And if China tries to get involved and fails to bring peace, it could be Chinese investment interests that start absorbing the attention of the extremists fighting “external enemies.” (Courtesy Arab NEWS)