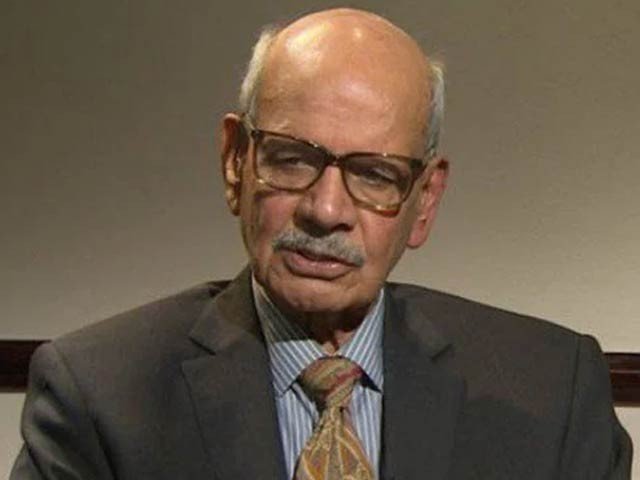 Asad Durrani stays in touch with Indian agency RAW, Defense Ministry’s position in court
ISLAMABAD: The Ministry of Defense (MoD) has opposed the removal of Lieutenant General (retd) Asad Durrani from the ECL.

A written reply filed by the Ministry of Defense in the Islamabad High Court said that Asad Durrani had been in touch with hostile elements, especially the Indian intelligence agency RAW, since 2008. His name was added to the Exit Control List (ECL) for anti-state activities.

The Ministry of Defense says that Lieutenant General (retd) Asad Durrani has been a part of the Pakistan Army for 32 years and has held important and sensitive posts. The inquiry against Asad Durrani is in its final stages and at this stage his name cannot be removed from the ECL.
The reply submitted states that the opinion expressed by Asad Durrani on social media on October 12 and 13 was not well received by any patriotic citizen. The former ISI chief co-authored the book with the former chief of the Indian intelligence agency RAW.

The Defense Ministry says the book was reviewed for security reasons. According to the Board of Inquiry, the content of the book is against the interests of Pakistan.