Azmat Saeed not acceptable being head of commission, Marryam Nawaz 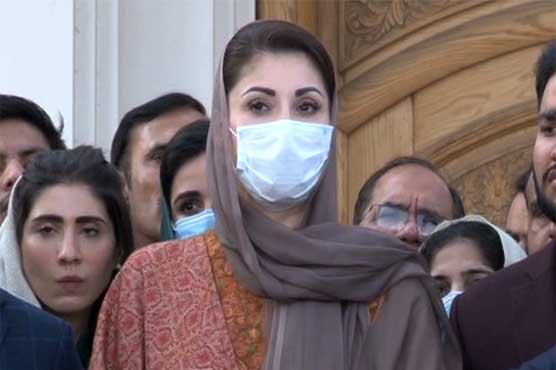 Azmat Saeed not acceptable being head of commission, Maryam Nawaz

Lahore: Maryam Nawaz has said that Justice (Retd) Sheikh Azmat Saeed was part of a conspiracy against the elected government. The government’s desire to crack cannot be fulfilled, the government will not be allowed to escape.

Maryam Nawaz said that the houses of Khokhar brothers were raided at midnight, Imran Khan continued to monitor the operation against Khokhar Palace, the court ruled in favor of Khokhar brothers. He said that we have been enduring oppression for 4 years and those who did not leave Nawaz Sharif’s side are being targeted for revenge.

The PML-N leader further said that they should focus on their party instead of PML-N. No one will be ready to get PTI ticket in the next elections. PML-N is still standing with full vigor, PTI One Man said. There is a show party, the government tried all the tactics, they got nothing, every party in PDM has its own manifesto and agenda, PDM is an alliance, the hope of the government seems to be dying.

Maryam Nawaz said that no-confidence motion will be discussed in PDM meeting, Bilawal Bhutto should put his proposal in PDM meeting, there is consensus on long march, government will not complete 5 years due to its actions. Pakistan is facing disgrace due to incompetence and incompetence of the government. My sympathies are with the bureaucracy.