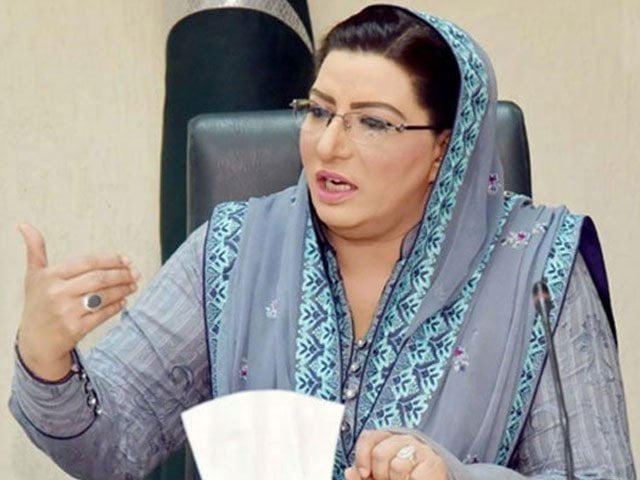 LAHORE: Special Assistant to Chief Minister Punjab Dr Firdous Ashiq Awan has said that the situation of Corona in the country is deteriorating to an alarming extent, therefore a complete lockdown can be imposed in various districts of Punjab including Lahore.

Talking to the media on the occasion of the visit of women to Darulaman in Lahore, Dr. Firdous Ashiq Awan said that the situation of Corona in the country is deteriorating to a worrying extent. So we have to be tough.

He said that fake princess had turned out to be Shaheed Benazir Bhutto, PPP made Begum Safdar Awan and sent her back home, we knew that they would drop each other and go home, the government should legislate together with the opposition in the public interest.

۔
Earlier, Darulaman Superintendent Misbah Rashid visited Firdous Ashiq Awan in Darulaman and gave him a detailed briefing. Firdous Ashiq also met the resident women and asked them about the facilities being provided to them.

Firdous Ashiq said that we are trying to resolve the cases of these women as soon as possible. He said that Maryam Nawaz politics is not your job, you should act, both the parties have called each other selected, now it is up to them to decide. I am selected.