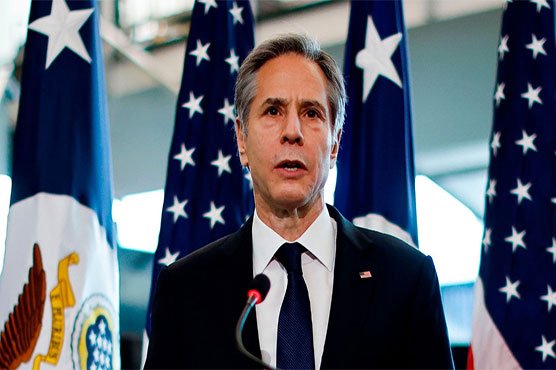 BRUSSELS (AFP) – NATO chief Jens Stoltenberg said Tuesday any decision to withdraw from Afghanistan was pegged to progress in peace talks, as US top diplomat Antony Blinken told allies that Washington is still weighing its options.

Alliance foreign ministers held talks in Brussels on the future of NATO s 9,600-strong mission as time ticks down to a May 1 withdrawal deadline agreed between the Taliban and former US leader Donald Trump.

“Today, we made no final decisions on our force posture, but we are determined to take all necessary measures to keep our troops safe,” Stoltenberg said after the talks.

“We will continue to consult very closely in the days and weeks to come.”

Allies are waiting anxiously for new US President Joe Biden to decide whether to stick to the withdrawal deadline — but Blinken said he could only share Washington s “initial thinking” as he began his first visit to Europe.

Stoltenberg said the decision to pull out depends on the progress of stuttering peace talks between the Afghan government and the Taliban that the insurgents committed to under last year s deal with Trump.

“What we will decide will depend on how the peace process evolves,” Stoltenberg said.

Washington is scrambling to inject fresh impetus into the peace process after a gathering of stakeholders in Moscow last week failed to break the deadlock.

An even broader conference is now scheduled to be hosted by NATO member Turkey next month.

“There is the same view on the American side that the military presence and the peace negotiations have to be linked,” German Foreign Minister Heiko Maas said.

“We have to assume that if the peace negotiations are not over by the end of April, it will also mean that the military presence will be extended.”

Maas said Germany wanted an agreement backed by the Taliban that NATO s military presence “will be adapted to the duration of the peace negotiations”.

Last year s deal saw the Taliban agree to peace efforts and cut violence, but the US has complained that bloodshed has flared.

The US and its allies are desperate to avoid seeing Afghanistan slip back into being a haven for terror groups, two decades after they intervened in the wake of the September 11, 2001 attacks.

“Whatever the United States ends up doing will be informed by the thinking of our NATO allies, which I ll take back with me after these conversations,” Blinken said ahead of the talks.

The visit by Blinken, which also includes meetings with top EU officials, aims to make good on Biden s assurances that the US wants to work closely with its allies.

America s top diplomat insisted Washington was aiming to “revitalise” NATO at the start of the two-day gathering.

“I ve come to Brussels because the United States wants to rebuild our partnerships, first and foremost, with our NATO allies,” Blinken said.

Stoltenberg is currently hammering out proposals to reform the 72-year-old alliance, set to be pitched to leaders including Biden at a summit in the coming months.

NATO is looking to tackle growing threats from Russia and China and emerging security concerns such as cyber attacks and climate change.

“This is why I have proposed a substantial increase in common funding to support deterrence and defence in our alliance,” Stoltenberg said.

But internal challenges remain for the 30-nation grouping, including bolstering defence budgets and squabbles with member state Turkey.

“It s no secret that we have differences with Turkey,” Blinken said, pointing to tensions in the eastern Mediterranean and Ankara s purchase of a Russian missile defence system.

“It s also no secret that Turkey is a long standing and valued ally, and one that I believe we have a strong interest in keeping anchored to NATO.”