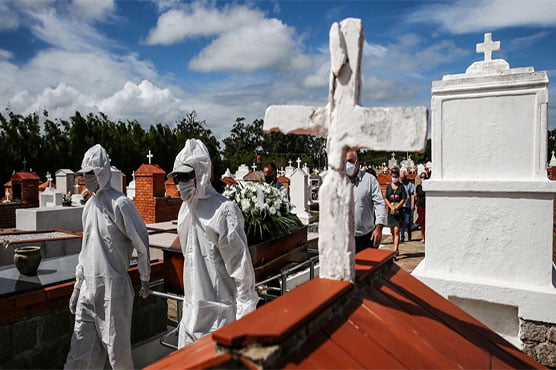 BRASILIA (AFP) – Brazil registered more than 4,000 Covid-1death9 s in 24 hours for the first time Tuesday, the health ministry said, as the country reeled from a surge of infections that has made it the current epicenter of the pandemic.

The coronavirus claimed 4,195 lives in the deadliest day of the pandemic yet for the hard-hit country, whose total reported death toll is now nearly 337,000, second only to the United States.

Brazil s health system is buckling under the strain of the latest virus wave, which has forced doctors into agonizing decisions over which patients to give life-saving care and led cemeteries to hold nighttime burials to deal with the crush of coffins.

Experts say the surge is partly caused by a local variant of the virus known as P1 that can re-infect people who have had the original strain and is believed to be more contagious.

The country of 212 million people has registered an average of 2,757 Covid-19 deaths per day over the past week, the highest by far worldwide.