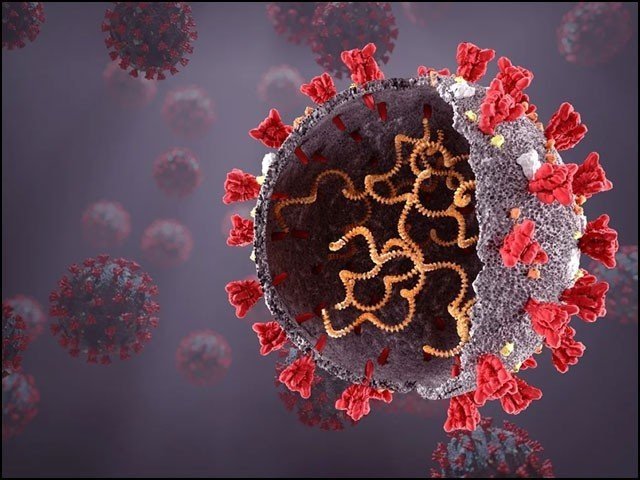 KARACHI: A third wave of corona virus (code 19) is more dangerous as the UK and South Africa’s genetically modified virus spread to Pakistan, according to a study by Dr Panjuani’s Center for Molecular Medicine and Drug Research, Karachi University. Is. In order to cope with a potentially dangerous situation, this epidemic needs to be overcome immediately.

This was stated by Prof. Dr. Muhammad Iqbal Chaudhry, Head, International Center for Chemical and Biological Sciences (ICCBS), Karachi University and Coordinator General, COMSTEC, on Thursday at the National Institute of Virology and Jamil-ur-Rehman Center for Dr. Panjwani. He said this while reviewing the research projects of Genome Research on Cowid 19.
Professor Iqbal Chaudhry said a new study by the National Institute of Virology found that 50 per cent of coronavirus positive cases in Pakistan were genetically modified viruses in the UK and 25 per cent in South Africa.
He said that the reason for this situation was the violation of government SOPs. He warned that these genetically modified viruses are so powerful that they could infect the country’s large population in a very short time.

He also stressed the need to monitor the genetic variation of the virus at the research level.

It should be noted that there is concern in the world about the South African virus because it also affects people who have already been vaccinated.

Prof. Iqbal Chaudhry expressed concern over the spread of corona in India and said that this corona virus is not only contagious but also difficult to diagnose, ie the presence of the virus even with modern analytical facility (RT-PCR-based assays) Absence (negative or positive) is not confirmed.

He said a situation similar to India’s could arise in countries where genetic research facilities are scarce.