By-polls: Polling continues for 4 vacant seats in Punjab and KP 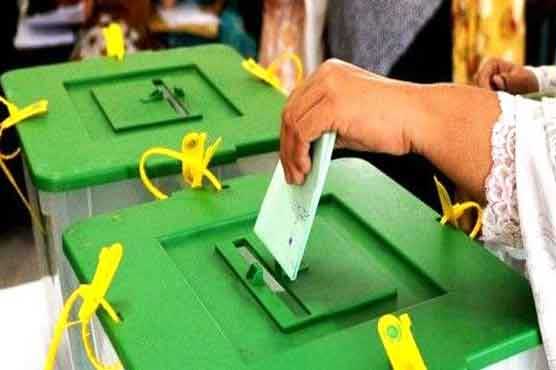 Lahore:  Polling is underway for by-elections on 4 vacant seats of Punjab and Khyber Pakhtunkhwa, which will continue uninterrupted till 5 pm. Strict security arrangements have been made at NA-75 Daska, PP-51 Gujranwala, NA-45 Karam and PK-63 Nowshera. PTI, PML-N and JUI-F candidates are contesting.

The NA-75 Daska seat was vacated on the death of PML-N MNA Iftikharul Hassan Shah. 360 polling stations have been set up here. The total number of voters in the constituency is 44,003 out of which the number of male voters is 273,006 while the number of female voters is 220,997. In this constituency, a tough contest is expected between PML-N candidate Syeda Noshin Iftikhar and PTI candidate Ali Asjad Malhi.

Constituency PP-51 seat was vacated due to death of PML-N’s Shaukat Manzoor Cheema. PML-N has nominated his wife Begum Talat Mahmood while PTI has fielded Chaudhry Muhammad Yousuf. This constituency consists of Wazirabad city, Sohdara and other rural areas. The total number of voters here is 253,949 while 162 polling stations have been set up out of which 8 have been declared sensitive.

The NA-45 Kurram district seat fell vacant following the death of JUI-F National Assembly member Munir Khan Orakzai. There are a total of 27 candidates in the fray. PTI’s Fakhr Zaman Bangash, JUI’s Jamil Khan could face stiff competition. The number of registered voters in the constituency is one lakh 80 thousand 931 out of which the number of women voters is 70 thousand 485. There are 134 polling stations in the constituency.

There are 102 polling stations in PK-63 Nowshera in which 52 men and 39 women and 3 joint polling stations have been set up. Of the 141,934 registered voters, 79,063 are male and 62,871 are female voters. The seat fell vacant following the death of former PTI provincial minister Mian Jamsheduddin Kakakhel. Here, Mian Ikhtiar Wali Khan of PML-N is the joint candidate of PDM while Mian Omar Kakakhel of PTI is in the fray.