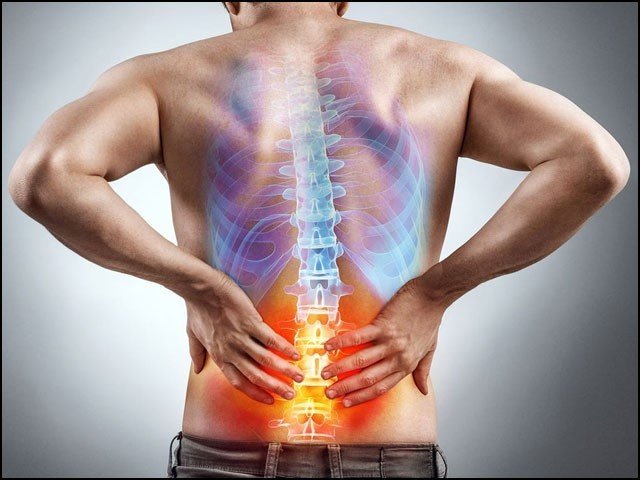 LONDON: British and American scientists have achieved extraordinary success in relieving severe back pain from minor electric shocks of very low frequency that they themselves cannot believe.

The experiments, performed under the supervision of experts at King’s College London, were performed on 20 patients with severe lower back pain over the past several years, in some patients extending from the back to the hips and legs.

Even after taking regular medication and undergoing back surgery, the pain in these patients did not improve much.
The same experiments had been performed on mice before, which revealed that if electrodes were placed around the lower back, around the spinal cord, a very low frequency (ultra-low frequency electric current) was passed through them. Back pain can be greatly reduced.

It should be noted that the ultra low frequency includes electromagnetic waves of 300 Hz to 3,000 Hz.

During the human trials, two small electrons were implanted in the patient’s back, after a minor operation, near the spinal cord, of which a small amount of lightning was transmitted daily at very low frequencies.

When electricity is passed, the pain signals from the nerves in the spinal cord reach the brain and thus the back pain is greatly reduced in these patients.

In these experiments, which lasted for about two months, 90% of the patients had an average reduction of 80% in their back pain, while some of them said that they did not feel back pain at all.

This procedure was stopped daily for fifteen days, after which the back pain gradually increased in all the patients. And finally, on the 23rd day, his condition was the same as it was before the treatment started.

The results of the experiments have astonished even the scientists who performed them. Now they want to do a bigger study to further confirm their initial observations.

Other experts say the study, published in the latest issue of the online research journal “Science Translational Medicine”, is either a gross misunderstanding or something new has been discovered. It will be a unique and effective treatment for back pain.