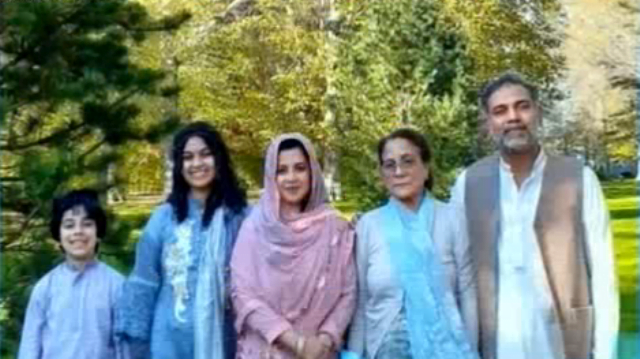 In Canada, a Muslim family fell victim to Islamophobia. The obsessive young man trampled the family standing on the sidewalk under his truck. The family was from Lahore, Pakistan. The dead included four people, including three women. A nine-year-old boy is in critical condition in hospital. Eyewitnesses say the incident was so heartbreaking that every heart cried. One eyewitness said he closed his innocent daughter’s eyes at the time of the accident, while another said everyone was running. The bodies of three women and a man were mutilated so that their identities could not be ascertained. The incident became a topic of discussion all over the world and everyone cried. 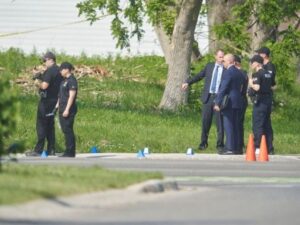 Canadian Prime Minister  said in a tweet that he was “deeply saddened” by the incident. “You know we stand with the Muslim community across the country, including in London,” he said. “There is no place for Islamophobia in Canada and this hatred is reprehensible. It must be stopped.”

Canadian police say the Muslim family was trampled to death under a “deliberate plan”.

According to Reuters, the attacker has been arrested by police and four murder and one attempted murder cases have been registered against him. 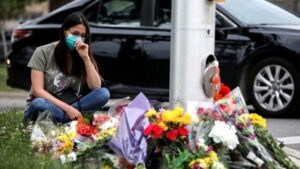 The assailant was identified as Nathaniel Weltman. He is 20 years old and hails from London. He was arrested at a shopping center six kilometers from the scene, after which he was handed over to police on Monday and his next appearance is expected on Thursday.

On the other hand, the Chief Minister of the Canadian province of Ontario, Doug Ford, was also among those who paid tribute to the victims. “Hate and Islamophobia have no place in Ontario,” he tweeted. “This terrorist incident points to an increase in Islamophobia in the West.”

He said that the international community must take joint action against Islamophobia. 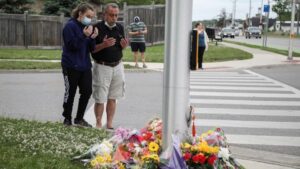 On the other hand, Foreign Minister Shah Mehmood Qureshi said, “In my view, this is an incident of terrorism and the bodies found are not identifiable and an autopsy is still awaited.”

According to the police investigation, there is an element of Islamophobia in this incident which has affected three innocent generations.

He said that the first contact with the affected family from Lahore was made by our Consul General in Toronto and the family is suffering due to this tragic tragedy.

According to him, the incident took place at 8 pm on Sunday night (Canadian time) but the family was informed the next day. 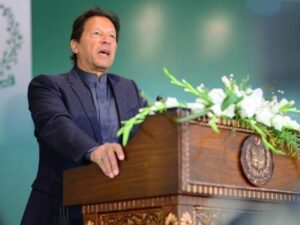 Elaborating further, the Pakistani foreign minister said, “We have offered to send the bodies to Pakistan but the affected family has informed us to bury them there.”

Addressing Canadian Prime Minister Justin Trudeau, he said it was a test of his community and he should do his part to restore the confidence of Muslims living in Canada and ensure their safety.

Shah Mehmood Qureshi further said that our Consul General in Toronto said that the attitude of the police was satisfactory.

A statement issued by the Pakistani High Commission in Canada on the occasion said, “We extend our heartfelt condolences to the bereaved family of four members of a Pakistani-Canadian family.

“We urge the provincial and federal authorities to bring out the facts and take stern action against those involved.”

“Preliminary information indicates that these individuals were the victims of a terrorist attack based on Islamophobia,” the High Commission added.

According to the statement, today the Consul General of Toronto is going to London, Ontario to offer condolences to the bereaved family, where he will also assure all possible assistance from the Government of Pakistan.

What did the eyewitnesses see?

Superintendent of Police Paul White added: “There is no connection between the accused and the victims.” He added that the accused was wearing a jacket that looked like a ‘bulletproof jacket’.

Officials added that when the black truck was riding on the sidewalk of Hyde Park Road at 8:40 pm local time on Sunday, the weather was fine and the visibility was very high.

An eyewitness told CTV News about the scene that he had to close his young daughter’s eyes.

According to another eyewitness, there was a world of ‘chaos’.

“People were running away from everywhere,” said Page Martin. People were telling rescue workers where the incident took place. Everyone was gesturing, running and waving. ”

Demand that the attacker be declared a terrorist 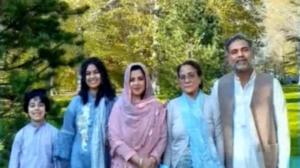 The mayor of London, Ed Holder, said in a statement that he was “speaking on behalf of all Londoners that our hearts are broken.”

“We are saddened by the loss of three generations of the family,” the mayor’s statement said, adding that flags outside London City Hall would be hoisted for three days.

The National Council of Canadian Muslims (NCCM) said in a statement that the attacker should be charged with terrorism.

Mustafa Farooq, the organisation’s chief executive officer, said: “A man allegedly sat in his car, saw a Muslim family walking down the street, and decided he had no right to live. He did not know them. This is a terrorist attack on Canadian soil and should be dealt with as such. ” It remains to be seen what steps the Canadian Prime Minister will take to combat Islamophobia. Significantly, Islamophobia is currently spreading rapidly in the Western world and the lives of Muslims in every country in the world are in grave danger. It remains to be seen whether the world will be able to take appropriate steps to eradicate Islamophobia. But it is a fact that Islamophobia is rapidly engulfing the Western world۔