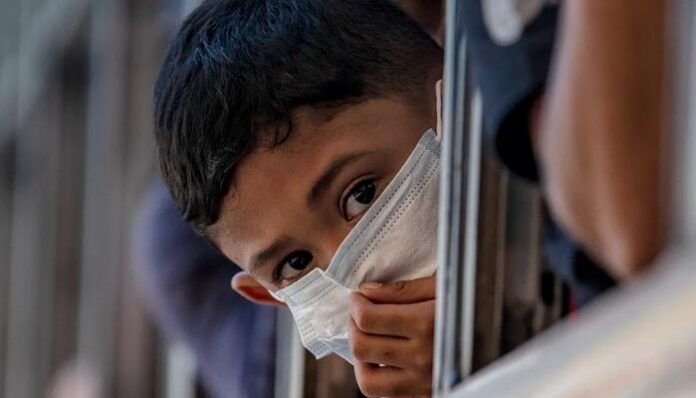 The corona virus began to spread in children from the third, the number of positive cases of corona in children aged one to 10 increased from 49 to 92 in a single day in the federal capital.

In the last 24 hours, most young people in Islamabad have fallen victim to corona.

Corona was confirmed in 92 children aged one to 10 in 24 hours, according to the district health officer.

In the federal capital, the rate of corona positive cases rose to 10.7%, the corona test positive rate in the country in one day was 10%, while another 67 people died.

In 24 hours, another 4,468 cases were reported. Yesterday, 44,279 tests for Corona were conducted across the country.

In the last 24 hours, 6,601 tests for Corona were conducted in Islamabad, 709 new cases were reported, while the rate of positive cases was 10.7 percent.