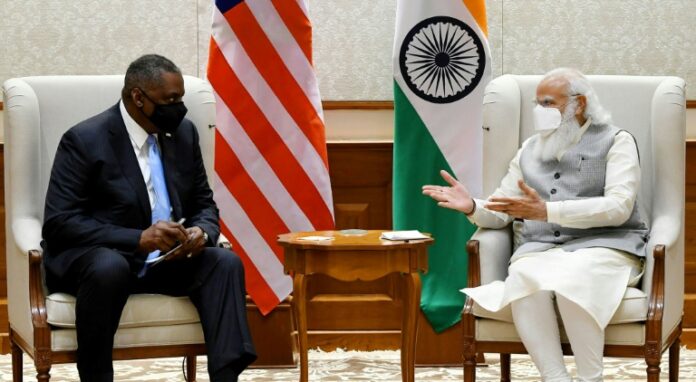 India is a vital US partner in the Asia-Pacific region as Washington seeks to take on Beijing, and Austin’s two-day trip is New Delhi’s first face-to-face meeting with President Joe Biden’s administration.

It follows hot on the heels of frosty US-China talks in Alaska and a visit by Austin and US Secretary of State Antony Blinken to Japan and South Korea, two other important partners irked by China.

Last week saw the first ever summit of the leaders of the Quad, a four-way alliance of the US, Japan, Australia and India seen as a bulwark against China.

In early April the four countries’ navies — plus that of France — are due to hold joint exercises in the Bay of Bengal.