Comedian Russell Peters to take to the stage in AlUla 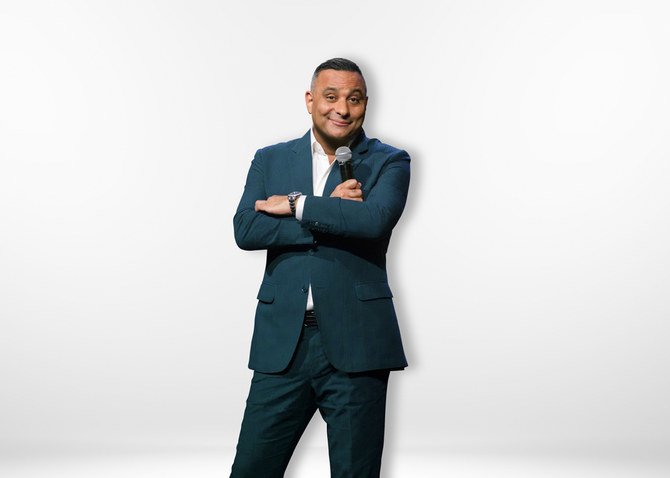 JEDDAH: Canadian funnyman Russell Peters will take to the stage for the first stand-up comedy show in AlUla, which is located in the northwest of Saudi Arabia, on Feb. 18.

Peters will be the first comedian to play at the award-winning Al-Maraya Theater, which is the world’s largest mirrored building.

The theater has a seating capacity of 500 and makes a more intimate setting for Peters, who has set attendance records at Madison Square Garden in New York City, the Sydney Opera House, and the O2 Arena in London, where he broke the UK attendance record for the highest number of tickets sold for an individual comedy show.

The one-night show is from his “Act Your Age” world tour and it will be the comedian’s first appearance at the Kingdom’s UNESCO World Heritage Site.

But it is not his first time performing in the country as he previously did a gig in 2016 in Riyadh during his “Almost Famous” world tour.

He took to his social media accounts to announce his return to the Saudi stage: “Saudi Arabia, I’m back! I’ll be performing for One Night Only at Maraya, AlUla as the first comic to play at this Award Winning venue during the AlUla Arts Festival!” I am thrilled, excited, and honored!!!”

He also shared news of his upcoming gig with his 3.9 million Twitter followers.

His act takes a comedic approach to culture, aging, and the current state of the world.

Peters started performing stand-up comedy at the age of 19 in Canada and has since been performing in several countries.

He has also scooped several awards, with his achievements including an Emmy, a Peabody and a Gemini award.

Peters was also recently named as one of Rolling Stone’s 50 best comedians.

Maraya, meaning mirrors, is a state-of-the-art structure that serves as a multi-purpose venue. It is covered with 9,740-mirrored panels that reflect the dramatic landscape of AlUla.

His show is part of the AlUla Arts Festival, which began on Feb. 13 and runs until March 31. This festival falls under the umbrella of the two-month AlUla Moments event.