Controversial but important features of the iPhone update 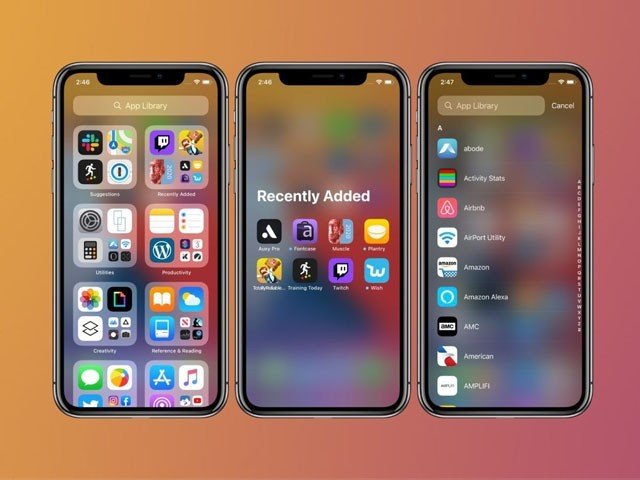 Apple has added some unique but controversial features to this new update. If a feature is being criticized by Facebook, then a feature is accused of copying the design. The features included in the new update are as follows;

Unlock your phone while wearing a mask
Apple has added this important feature to its new operating system in the context of Code-19. Now Apple users can unlock their phones without removing the mask. Apple’s face recognition function did not work in previous operating systems when the user was wearing a mask.
According to Apple, to use this new feature, the Apple Watch must also be strapped to your wrist. All the user has to do is look in the camera of their mobile and they will get a message on Apple Watch saying ‘your iPhone is unlocked’.

This new function gives the user the option to allow technology companies, especially Facebook, to track their online activities. As soon as the user installs the new app. A popup will open immediately asking if you allow the app to track your online activities.
Facebook and other such companies create targeted ads based on data based on user activity, which is why Facebook has openly opposed Apple’s new change, because the less Facebook As far as I know, he will get less money for advertisements.

Apple says the new update makes Siri more diverse. According to Apple, Siri did not have a voice of its own that would allow the user to select a voice on the first setup. However, in the new update, users can choose a more diverse sound option. Natural text-to-speech sounds have been used to match Siri’s new voice to that of a human voice.
Air tags
Apple’s new operating system will now work with the recently introduced Air Tags. The user can easily attach this small disk to his key or wallet, and if it is lost, you can find it with the Find My app.
It should be noted that Apple AirTags is very similar to another product already in the market, ‘Tile’, and last week in the Senate hearing, Apple was also criticized for copying the idea of ​​tile.