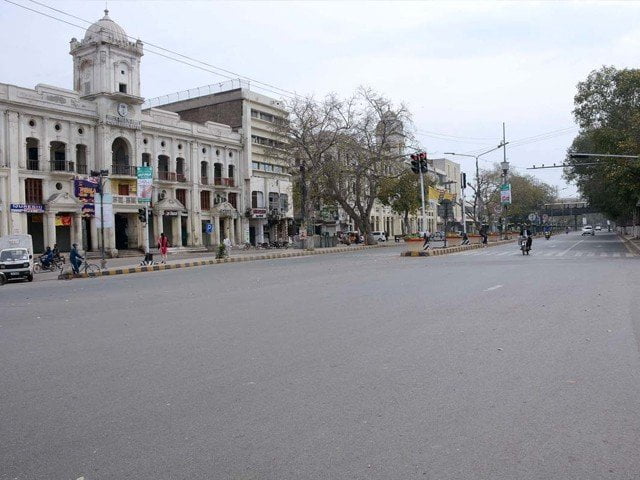 ISLAMABAD: The NCOC has decided to impose a wide lockdown with strict SOPs due to the increase in the severity of corona in the country.

According to a statement issued by the National Command and Operations Center, an emergency meeting of the NCOC was held under the chairmanship of Federal Minister Asad Umar in which important decisions were taken regarding the increasing cases of Corona and religious and cultural activities during Ramadan. These decisions will take effect immediately.

‘Extensive lockdown to be imposed’
It was decided at the meeting that a comprehensive lockdown would be imposed with strict SOPs and unnecessary movement during the lockdown would be prohibited except for emergencies. The federal units can take action after seeing the spread of the disease in the districts and cities. If the federal units want, they can also take more drastic measures with regard to SOPs. During Ramadan, SOPs will be strictly enforced to prevent corona, and a masking campaign will be launched through the community and media.

‘Complete ban on all kinds of events’

“Markets should be closed by 6 pm”

The NCOC has decided that all types of markets, bazaars and shopping malls across the country will remain open from dawn to 6 pm while business will be closed on Saturdays and Sundays.

The National Command and Operations Center has directed that Taraweeh prayers be offered in open spaces across the country.

Also instructions for offices and banks

‘Restrictions on public transport too’

“When will the sanctions review meetings be held?”