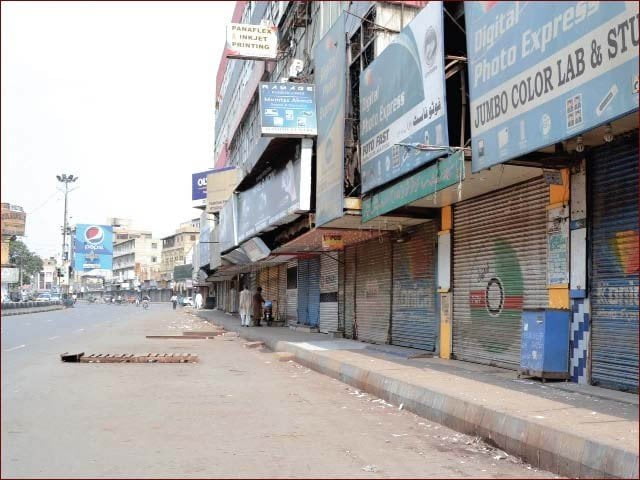 During the strike, all small business centers and markets are closed, while traffic on the streets is also less than usual and the attendance of the offices was affected. In some places the protesters protested by closing the tires and closed the road.
Police across Punjab were high alert to deal with emergency and heavy security of security personnel were deployed.

Different trader organizations also remove the rallies in the markets against the Lahore incident. Traders said that the scholars were struggled by solidarity. President Central Organization Tajikistan, Pakistan Kashif Chaudhary said that the business for the Prophet Mustafa and the Prophet (peace and blessings of Allaah be upon him) is also sacrificed.

All Pakistan Association Traders and Central Organization Traders took French ambassador to quick country, Chief Minister Punjab Usman Bazar and Federal Interior Minister Sheikh Rasheed demanded and demanding the judicial inquiry of Lahore incident. President All Pakistan Association Tajikan Ajmal Baloch said in a statement that the kind of Prophet is more dear to us more than our lives and possessions.

It is clear that last day, Lahore was operated against the banned movement Labek Pakistan (TLP).