Court allows Khawaja Asif to be given facilities in jail 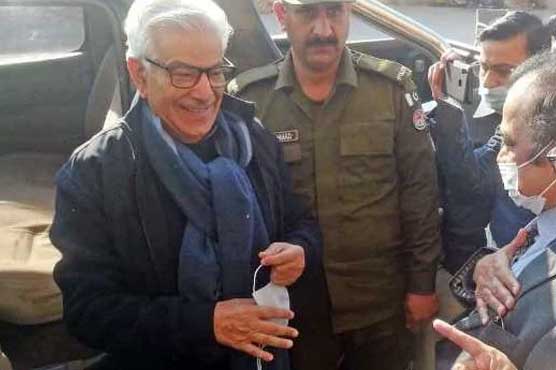 LAHORE – The accountability court on Thursday approved the request of PML-N leader Khawaja Asif to obtain Class B in jail. The court ordered jail authorities to provide home-cooked food, a heater and medical facilities to the former Defence Minister.

Accountability Court Judge Jawad-ul-Hassan heard Khawaja Asif’s plea, which stated that he belongs to a respectable family of Punjab, has been elected to the Assembly seven times, is a former defense minister, is a member of the bar and is a senior citizen of Pakistan, he should therefore be given facilities as per law.

Meanwhile, the jail authorities also submitted a reply to the court in which it was said that Khawaja Asif has been kept in a separate cell, he has been given the facility of TV and newspaper while the provision of heater and home-cooked food will be subject to the court’s order.

The court granted Khawaja Asif’s request after the arguments of both parties’ concluded and ordered the provision of requested facilities in jail.