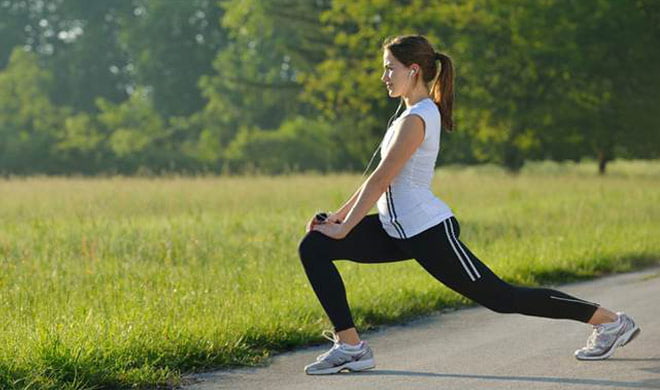 Cambridge, Massachusetts: Experts have been saying that exercise is beneficial in every way and now even short-term cardiopulmonary exercise can be useful for the body.

Experts at Massachusetts General Hospital (MGH) have published an article in the research journal Circulation, which states that 12 minutes of strenuous exercise can be extremely stressful for the heart, blood flow and the whole body. Positive effects are produced.

According to scientists, the metabolites produced as a result of the metabolic process in the body have a positive effect on 80% of the molecules that improve overall health. This way, short breaks but full exercise are very beneficial.
“This is the first time we’ve seen the effects of exercise on metabolites and their long-term positive effects on the body,” says Gregory Lewis, a MGH professor. That is, it also increases the circulation of metabolites that prevent diabetes, improve vascular function, reduce inflammation, and prolong life.

The study included 411 middle-aged men and women who examined 588 metabolites circulating in their bodies after 12 minutes of strenuous exercise. Similarly, the number of affected metabolites for the body also decreased by 29%. Similarly, DMGV, the metabolite that causes diabetes and liver disease, decreased by 18%. The lower the amount of DMGV in a person, the healthier and healthier he will be.

It should be noted that this research is also called Framing Ham Heart Study which has been going on since 1948 and is still being done on a large number of population to assess the health and quality of life of people under metabolic symptoms. Of course, exercise enhances the beneficial molecules of our body in every way and eliminates the negative molecules.
It is commonly said that exercise brings freshness in daily life. A man who is habitual of exercise always enjoys good health. Experts say that people should make it their routine to take exercise in a park or garden even for sometimes, it will prove useful for them.