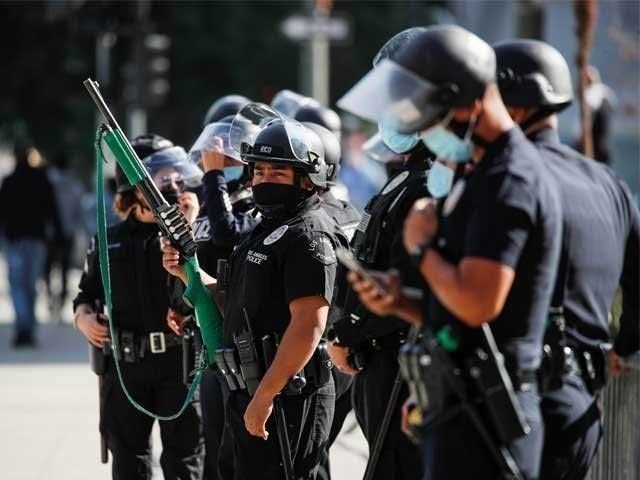 Danger of terrorism in the United States, high alert issued

WASHINGTON:  According to details Circles that refuse to recognize the results of the recent U.S. presidential election have issued an alert for possible internal terrorism.

a foreign news agency, an alert issued by the US Department of the Interior said that there could be acts of terrorism or violence by individuals and groups who rejected the results of the elections held in November last year.

The Department of the Interior has issued an earlier warning since President Trump’s attack on Capitol Hill on January 6. Five people were killed in the incident, which was followed by extraordinary security arrangements for President Biden’s swearing-in ceremony. A complete curfew was imposed in the US capital for the security of the event and more than 20,000 security personnel were deployed.

The Home Office’s advisory on possible terrorism said that according to the information received, some evil elements were continuing their activities to incite violence due to ideological motives. The report said that these are the same evil elements. Those who do not recognize the legitimacy of the current government also have objections to the transfer of power, as well as their own other misconceptions.

The advisory did not provide details of any formal plans, but warned that tensions in the United States would continue for the past few weeks.

The report said that the group could take any action justifying the sanctions imposed on the Corona virus, the 2020 election results and the use of force by the police. Long-standing issues of racial hatred and opposition to immigrants can also lead to violent reactions. It should be noted that US President Joe Biden in his first speech after taking oath had called white racism and racial hatred a major internal challenge for the United States.