Decision to implement lock down in areas where corona spreads 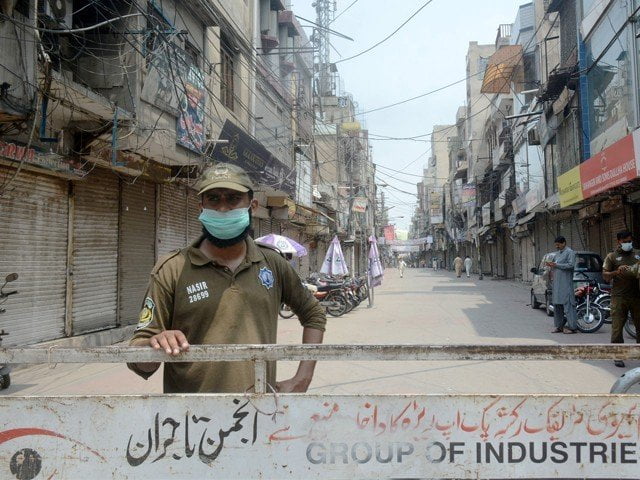 ISLAMABAD: The National Command and Operations Center (NCOC) has imposed a lockdown in high-risk areas of the country from March 29 due to the third wave of Corona epidemic, while banning indoor and outdoor wedding ceremonies across the country from April 5.

According to media, a statement issued by the NCOC said that a meeting of the National Command and Operations Center was held under the chairmanship of Federal Minister for Planning Asad Umar. The meeting decided to lock down the Corona Spread Areas from Monday, March 29.

All events, including social, cultural and political processions, have been banned altogether. However, indoor and outdoor weddings have been banned across the country since April 5. The NCOC restrictions will take effect immediately. Depending on the circumstances, the provinces may meet the vaccination target set by the NCOC in a timely manner.

The statement further said that the final decision on inter-provincial transport would be taken in consultation with the provinces, taking into account all land, air and railway data.
On the other hand, a tweet from Federal Minister for Planning Asad Umar said that a meeting of the NCOC was held in view of the third wave of Corona, which was attended by all the provincial chief secretaries. The situation was considered in detail. During the meeting, it was decided to take more drastic measures based on the rapid spread of the Corona epidemic in the country.

Asad Omar said that the meeting directed the Chief Secretaries to ensure strict implementation of Corona SOPs and at the same time appealed to the people to support the administration as the application of SOPs is our Doing so to protect the lizards.