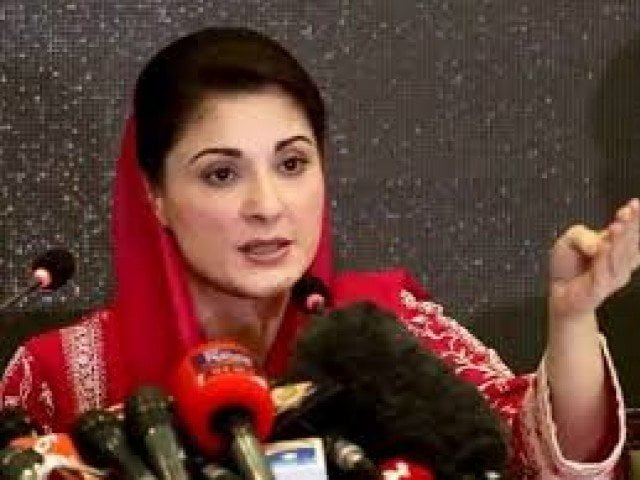 LAHORE: Pakistan Muslim League-Nawaz (PML-N) Vice President Maryam Nawaz has said that if one faces successive humiliating defeats and power seems to be lost, then it makes sense to turn one’s mind.

I saw everything that happened with Maryam Aurangzeb on TV but I was not surprised. I am happy that the government’s bullying has been seen by the people. If the power is seen to be lost, then it makes sense to turn the mind. I am proud that The lions confronted the vote thieves, saying that a lion is a lion and a wolf.

Maryam Nawaz said that the government sent a few dozen hired thugs who attacked Maryam Aurangzeb, today every Pakistani daughter and mother bowed their heads in shame and 22 crore people are saying sham sham, throwing shoes at Ahsan Iqbal. The worst rudeness was shown. If PTI was in opposition, it used to bully. If it is in government today, it did the same thing. Their heads are empty above their necks. You go out without security fence. People are standing for shoes.

The PML-N leader said, “Let us tell you that PML-N is not an inherited party. Bullying is not fought against morality. When a wolf dies, he runs towards the city. Today you are under security siege.” Security will also end soon, your days are numbered, we will not forget today’s bullying, when this fog clears, your stories will come to light, PDM will bury his body well.

Maryam Nawaz said that today the Prime Minister took a vote of no confidence, it was said vote for me otherwise I will not leave you, Chaudhry Sarwar kept knocking on the doors of PTI members all night, and today again take votes from the remaining members. Therefore, Imran Khan is a Pakistani Trump, Pakistani Trump tried to save himself today, today he was seen losing power, Yousuf Raza Gilani won a seat, his mental balance deteriorated.

The PML-N leader said that Imran Khan was a certified vote thief before the Election Commission, he was defeated in the people’s court, now accept the decision of the people, in front of the people there is milk and water, in the next few days. All those things will come to the fore, what happened yesterday, where the pressure came from and how the intelligence agencies became active will all come to the fore, the political death of the government has taken place Go, packing well for the few days you have been given, don’t leave anything behind.

Earlier, in a tweet on social networking site Twitter, PML-N vice-president Maryam Nawaz said that when faced with humiliating defeats from all sides and power seemed to be lost, On the commotion of PTI workers outside the Parliament House and pushing and insulting the PML-N leaders, Maryam Nawaz said that Shahid Khaqan Abbasi, Ahsan Iqbal, Musaddiq Malik, Murtaza Javed Abbasi and especially Maryam Aurangzeb Proud of those who fought against vote thieves and thugs like lions.