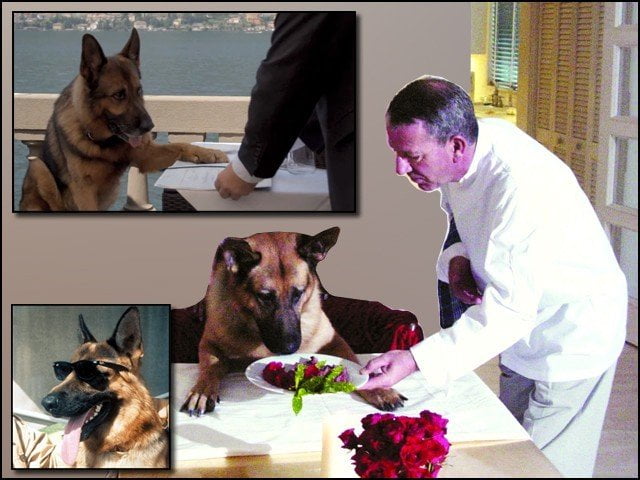 MIAMI: Gunther IV, a German Shepherd living in the United States, has been named the world’s richest dog because he owns assets worth 37 375 million (approximately PKR 60 billion) “personally”. Is.

However, it would be more accurate to say that this is the richest family of dogs in the world.

The story began in 1992 when German Princess Carlotta Liebenstein, who had permanent residence and citizenship in the United States, died without a single close relative.
Carlotta bequeathed all her  100 million assets to her German Shepherd dog, Gunther II, as an inheritance.

Under U.S. law, no animal other than humans can directly hold any assets of any kind. However, it is possible that any animal can be made the owner of assets through will, inheritance or inheritance. Princess Carlotta used the same provision in American law.

Following the will, a team of economists was tasked with maintaining and augmenting these assets, who worked with the utmost honesty and dedication.

As a result, these assets have nearly quadrupled in the last 30 years, and the Gunther family has become the richest dog family in the world.

On the other hand, more than a dozen new employees were hired to take care of the late princess’s pet dog, as Gunther II had now become the real owner.

Today, the third breed of German Shepherd dogs lives in this palace in Miami. On the death of Gunther II, his eldest son Gunther III was bequeathed all of his wealth. The assets were given to Gunther IV as he is the eldest son of Gunther III.

These dogs are living such a wonderful and luxurious life that even human beings are compelled to envy.