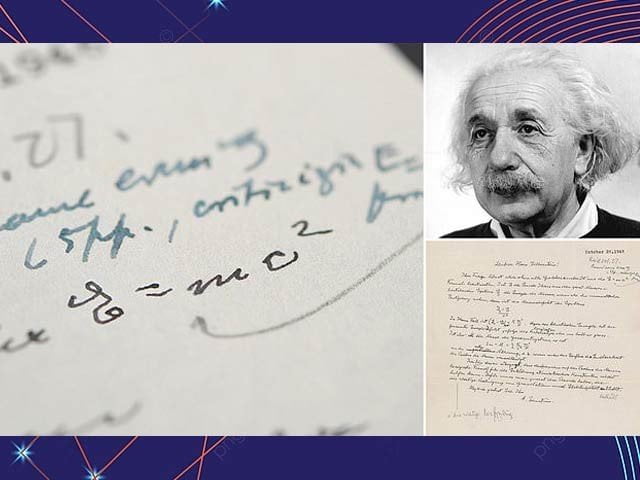 BOSTON: A rare handwritten letter from Einstein has sold for 12 1.2 million (Rs. 150 million), in which he wrote the famous human history-changing equation E = mc ^ 2 with his own hands.

RR Auction, an auction house in Boston, has auctioned off a letter written by the famous scientist Albert Einstein. According to the Einstein Paper Project at the California Institute of Technology and the Hebrew University of Jerusalem, there are currently only three letters in the world in which Einstein’s famous handwritten equations can be seen. 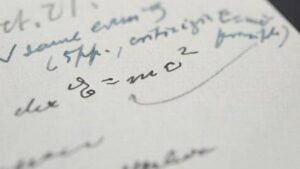 The letter was privately owned by a family that has recently come to light. The auction house thought it would fetch  400,000, but now it has sold for three times the estimated price. Bobby Livingstone, vice president of RR Auctions, said the letter was historically and scientifically significant, in which the world’s most famous equation was written by its creator.

Energy is equal to mass The square of the speed of light This equation unravels the knots of physics and causes the expansion of our thinking. Experts have piled up articles and books on this one equation.
This is a one-page letter written by Einstein to the Polish-American scientist Ludovic Silberstein. Silberstein is a well-known critic of Einstein and has a reputation for challenging some of his ideas. The letter was originally owned by Lidoc, who was sold by his family after his death.