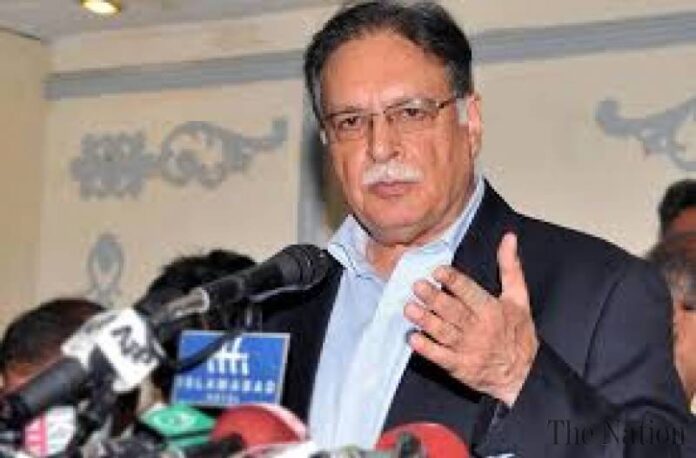 LAHORE:  The Election Tribunal has rejected the appeal of PML-N leader Pervez Rashid against the rejection of nomination papers of the Returning Officer. The tribunal also declared Pervez Rashid ineligible for the Senate election.

The Election Tribunal comprising Justice Shahid Waheed of the High Court heard the appeal of Pervez Rashid against the decision of the Returning Officer. PML-N leader Pervez Rashid appeared along with his lawyers.

Pervez Rashid’s lawyer argued that Pervez Rashid walked around with money for 28 hours, no one received the money, according to the election law, if the candidate has no knowledge of utility bills, etc., he can pay, in court. The controllers of Punjab House are present, they are ready to pay their dues. If they want to take cash, they will give cash for an hour.

Objector Rana Mudassir said that earlier Punjab House was under his control. The Returning Officer gave Pervez Rashid 48 hours to pay the dues but the dues were not paid. “I was in the hospital but my staff was not contacted by Pervez Rashid or any of his lawyers,” the Punjab House controller said.

After the completion of arguments, the Election Tribunal rejected the appeal of Pervez Rashid and upheld the decision of the Returning Officer regarding the rejection of nomination papers.

Pakistan Muslim League-Nawaz (PML-N) leader Pervez Rashid while talking to media said that I was disqualified on baseless allegations, I was shown as a defaulter in official documents There is an administration, if the papers are to be withheld, they say they want to take money from Pervez Rashid.

Pervez Rashid said that whether he becomes a member of the Senate or not, I will continue to expose him, his face was exposed in Daska, it will also happen in my case, obstacles are being put up by the fog and justice.