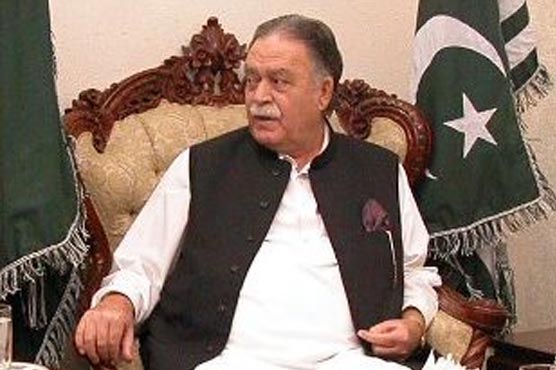 According to the details, Sardar Sikandar Hayat has died of a heart attack in DHQ Kotli. He has been ill for a short span of time.

The former president had left the PML-N and joined the Muslim Conference in the recently held General Elections 2021.

Federal Minister for Information Fawad Chaudhry has expressed grief over the demise of former president and premier of AJK Sardar Sikandar Hayat Khan.

In his condolence message, he noted that Sikandar Hayat Khan had raised his voice against Indian oppression in occupied Kashmir. “Khan was a righteous and principled politician,” he added.

It may be recalled that Sardar Sikandar Hayat Khan was twice a former prime minister and president of AJK. He has been the longest serving premier of AJK.

Sardar Sikandar Hayat Khan was born into a famous political family of Kashmir. He is the son of Sardar Fateh Muhammad Khan Karela. He graduated from Gordon College (Rawalpindi) in 1956. He then went to the University Law College in Lahore for a law degree in 1958.

He returned to Kotli to start a law practice. He joined the All Jammu and Kashmir Muslim Conference. He also successfully ran for membership of the local council. He had this position for eight years. During this period he was also elected as President of Bar Association, Kotli. In 1970, he was elected to the Azad Jammu & Kashmir Legislative Assembly.

He has been returned to office from his constituency in every election held in Azad Kashmir between 1970 and 2001, barring the years when he was President of Azad Kashmir. His brother Sardar Muhammad Naeem Khan served as a member from that area during that period.

He was acting President of the Jammu & Kashmir Muslim Conference in the 1976-78 period. He was elected President in 1978, a position he held until 1988.

He was sworn in as Prime Minister of Azad Jammu & Kashmir on July 25, 2001 for the second time. He retired from active politics in July 2006 after completing his second term.