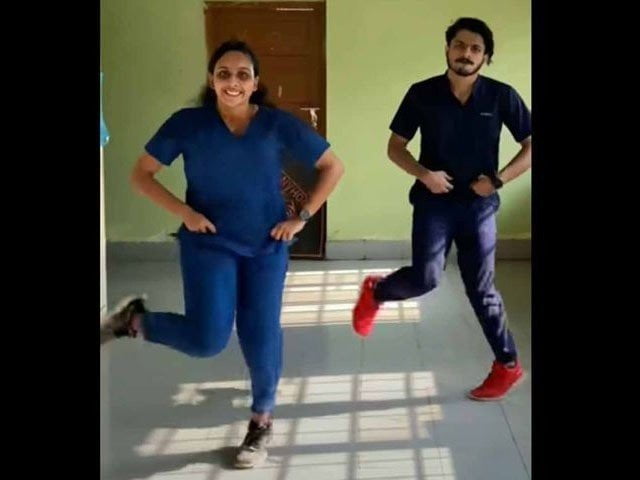 According to the international news agency, the video of beautiful dance in the hospital dress of Hindu student Janaki Om Kumar and Muslim student Naveen Razzaq of Thrissur Medical College in the Indian state of Kerala went viral.
Laba said that the rush of patients in the hospitals during the epidemic is very high, the medical staff including doctors are suffering from severe stress and tension while the patients and their families are also in fear, the atmosphere is mournful everywhere.
The students further said that in such a situation, they tried to lighten the workload and bring a smile on the faces of the anxious people so that they could refresh themselves and start working with new vigor.

On the other hand, Hindu extremists tried to spread hatred by giving a religious color to the innocent efforts of two students, including thugs of the ruling BJP.
A lawyer wrote in a Facebook post that the parents of a Hindu student should be careful as this could be another attempt at jihad. Muslim students marry Hindu students with the intention of jihad.

In response to Indian Hindu extremists, Muslim and Hindu students at the Kochi Institute of Science and Technology shared videos of the joint dance on social media, calling it a gift to those who spread hatred.