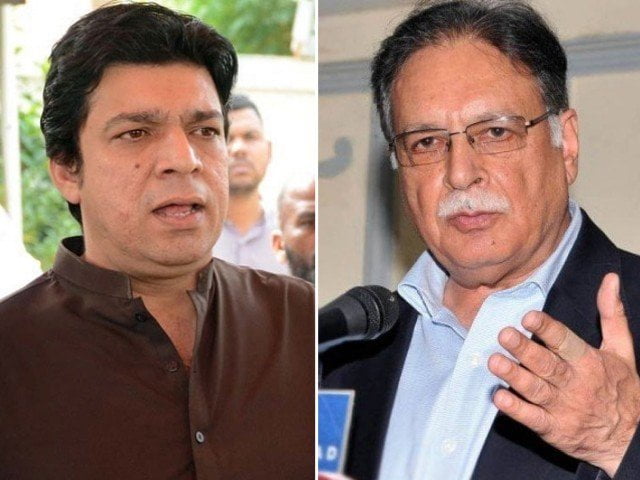 Karachi / Lahore: The Election Tribunal has declared PTI leader Faisal Wawda eligible for the Senate elections while the appeal against the rejection of PML-N’s Pervez Rashid’s nomination papers has also been rejected.

According to details, the Election Tribunal of the Sindh High Court heard the appeal of PPP candidate Qadir Khan Mandokhel against the decision of the Returning Officer on the approval of Faisal Wawda’s nomination papers for the Senate elections.

After hearing the arguments of the parties, the Election Tribunal rejected Qadir Mandokhel’s appeal against Faisal Wawda and validated the nomination of the PTI leader and declared him eligible for the Senate election.
Qadir Mandokhel took a stand in his petition that Faisal Wawda concealed the facts about US citizenship, filed objections before the Returning Officer but he refused to listen so Faisal Wawda should be declared ineligible for Senate election.

An election tribunal comprising Justice Shahid Waheed of the Lahore High Court heard an appeal against the rejection of Pervez Rashid’s nomination papers for the Senate elections.

Pervez Rashid’s lawyer Khalid Ishaq took the position that according to the election law, if the candidate is not aware of any utility bill, etc., he can pay. Pervez Rashid did not receive any notice or notification regarding the arrears. The notice is issued in 2019 after the special audit was ordered by the Chief Minister. The home address on the notice is not known. It was sent to the Senate Secretariat when it was not allowed under the old law of the Election Commission, the Returning Officer said. Twice requested that we are ready to pay the arrears, keep the original check in front of the Returning Officer and said that no one is ready to take the arrears, now the controller of the Punjab House is in court, we are still ready to pay, If you want to cash in, we will give you cash for an hour.

Pervez Rashid’s lawyer took the position that if tomorrow it is proved that the arrears shown on him have no legal status, it is proved that engineering was done against Pervez Rashid, then this Who will be responsible for this? Today we are ready to protest in order to pay the arrears. In future, the Election Commission can decide whether these arrears were made or not. If it is proved, it can be reset tomorrow. Restrictions are tantamount to depriving them of their basic rights.

The lawyer of the candidate objecting to the nomination papers of the PML-N leader presented the verdict of the Supreme Court against Atta-ul-Haq Qasmi before the tribunal, in which 20 per cent of the money belonged to Pervez Rashid and 50 per cent to Atta-ul-Haq Qasmi.

In reply, the counsel for the objector said that the cross check was given by Pervez Rashid which shows his dishonesty. If they say that they should ask the controller to take the money then why are they giving the cross check. The purpose is only to get their nomination papers approved. They say that the room is no longer in their use. The Election Commission rules have been clarified with regard to utility bills, rent and others. By submitting nomination papers in accordance with the election rules. All balances must be collected first. After hearing the arguments of the parties, the tribunal rejected the application of Pervez Rashid.

It should be noted that elections for 48 Senate seats will be held on March 3.