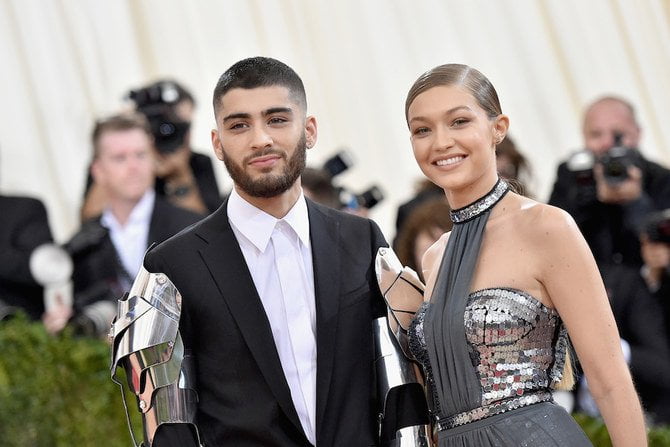 DUBAI: Zayn Malik just added a new tattoo to his ink collection, and it might be his most thoughtful one yet: The name of his and Gigi Hadid’s baby daughter, Khai, written in Arabic on the inside of his wrist.

Eagle-eyed fans spotted the new ink on the former One Direction star during one of his Instagram Lives, which was recorded before their four-month-old daughter’s name was revealed.

Part-Palestinian Hadid revealed their baby girl’s unique name in an under-the-radar manner that saw her update her Instagram bio to say “Khai’s mom.” Though Hadid did not publicize the change, internet sleuths caught on quickly, and the news soon started trending on Twitter.

As it turns out, Malik is a fan of using tattoos to immortalize important people in his life.

For instance, the popstar has his grandfather’s name in Arabic inked on his skin, as well as his father’s own moniker. Other meaningful tattoos include Hadid’s eyes on his chest.

The couple’s daughter’s name has been reported to be a nod to Hadid’s paternal grandmother named Khairiah.

The pair have been relatively private when it comes to their daughter and have yet to share a picture of Khai with the public. However, the model often posts sweet snaps of her daughter’s tiny hand grasping her finger.

The couple welcomed their first child together in September. At the time, Malik announced the news by writing: “Our baby girl is here, healthy and beautiful. To try to put into words how I am feeling right now would be an impossible task. The love I feel for this tiny human is beyond my understanding. Grateful to know her, proud to call her mine, and thankful for the life we will have together.”