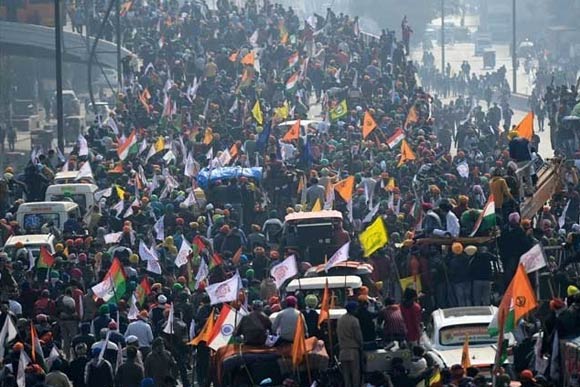 New Delhi: The Associated Press has said that the recent farmers’ movement in India could take the form of an uprising and engulf the entire country.

After the farmers’ protest rally on the occasion of Republic Day of India on Tuesday, the incidents of raiding the Red Fort of Delhi and hoisting the flags of the Sikh religion and the peasant movement have drawn the destructive policies of the Modi government all over the world.

The Associated Press reports that after coming to power for the second time in 2019, internal unrest in India is on the rise due to Narendra Modi’s policies. The first unilateral move by the Modi government to change the constitutional status of Kashmir and the blatant violation of human rights in Occupied Kashmir caused India problems at the international level. In the same year, the Modi government passed a controversial citizenship law. Made in which Muslims were targeted. Protests against this law also erupted in India and a long sit-in of Muslim men and women in Delhi’s Shaheen Bagh continued. 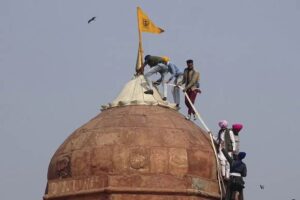 The farmers have been besieging the federal capital for more than two months to enforce their demands and announced a march towards the Red Fort on January 26. Commenting on the events of the previous day, the Associated Press said that the protest could engulf the whole of India in the event of an uprising. Farmers are not only protesting for reforms but this movement will change the entire economic structure of India. There are many reasons for the anger you see today. 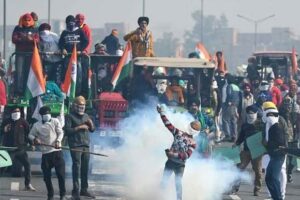 He says economic inequality is growing in India and the farmer is getting poorer and poorer. Indian policy makers have never paid attention to this and are sucking the blood of the system from top to bottom. These farmers are just asking for their rights.

Earlier, the Modi government tried unsuccessfully to allay the concerns of the farmers and later used various maneuvers to disperse the protest movement. The National Day celebrations, in which he showcases his defense, are pushed into the background. On 26 January 1950, a peasant protest overcame a military parade to commemorate the adoption of the Indian Constitution.