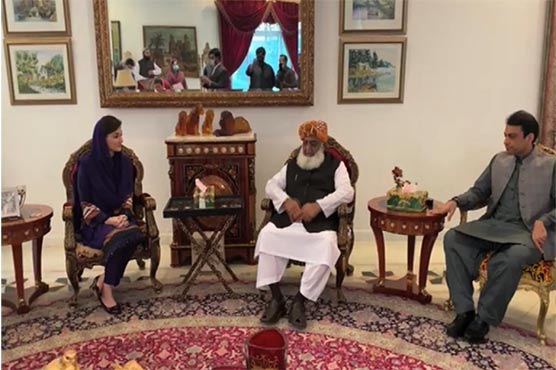 As per details, JUI-F head is meeting leadership to PML-N to discuss future strategy regarding long march and resignations from the parliament.

PDM has postponed long march for indefinite period after Pakistan People’s Party, a key members of the alliance, refused to resign from assemblies and stressed to continue the movement from within the parliament.

Fazlur Rehman has said that apart from PPP, all parties have agreed on giving resignations from assemblies. He said that PPP has sought more time for consultation on the issue.

“This is not the first time that the democratic forces have encountered rigging,” he said and added he had spent 14 years of his life in jail.