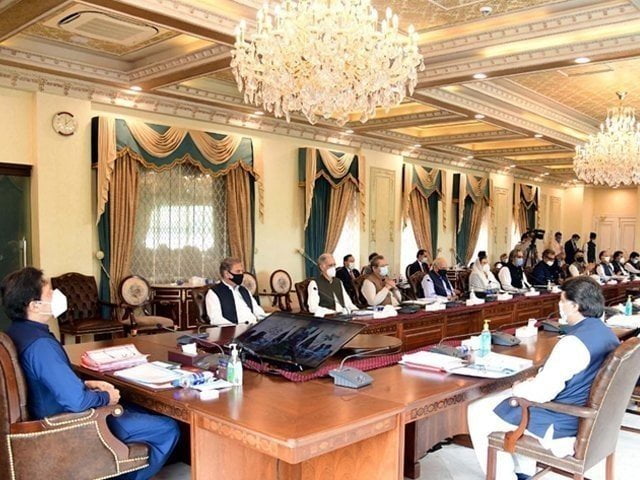 ISLAMABAD: The Federal Cabinet has approved 15% special allowance for the Armed Forces of Pakistan.

A meeting of the Federal Cabinet was held under the chairmanship of Prime Minister Imran Khan in which a 22-point agenda was considered. The report of the review committee on the annulment of TLP was presented to the Cabinet. The federal cabinet decided to maintain the ban on Tehreek-e-Libek. The cabinet also approved the formation of a JIT to probe the cases filed against it by the Sindh government at the request of Pakistan Tehreek-e-Insaf (PTI) leader Haleem Adil Sheikh.

The Cabinet was also briefed on the security of key figures and the protocol they were using. The Prime Minister directed to present a comprehensive plan for rationalization of security and protocol at the next Cabinet meeting.

The Cabinet was also briefed on the construction of a multi-storied building on railway land in Nowshera. The Cabinet directed to ensure better management of Nowshera railway lands through National Asset Management Company.

The Cabinet was briefed on the removal of encroachments in Sectors E-8 and E-9 of Islamabad. The Prime Minister directed the Chairman CDA to ensure uniform application of the law and no concessions should be made regarding encroachments on green areas.

The federal cabinet has decided to fix the retail price of 49 medicines, appoint Muhammad Amjad Khan as CEO Islamabad Electric Supply Corporation, give Shah Jahan Mirza the additional charge of CEO of Alternative Energy Board, and appoint Javed Ahmed Siddiqui as Pakistan Railway Freight Transportation Company. Proposes necessary amendments to the Rules of Business regarding the appointment of Chief Executive Officer, Ministry of Planning and Special Measures Responsibilities, and also approves a draft agreement on cooperation between Pakistan and Uzbekistan in the field of television and radio. Of

In a briefing on the decisions of the cabinet meeting, Information Minister Fawad Chaudhry said that the civil servants get allowance, but the salary of the army has not been increased for the last two years, so the army is being given 15% special allowance. Allowances will also be given to Rangers and FC employees on the orders of the Prime Minister.