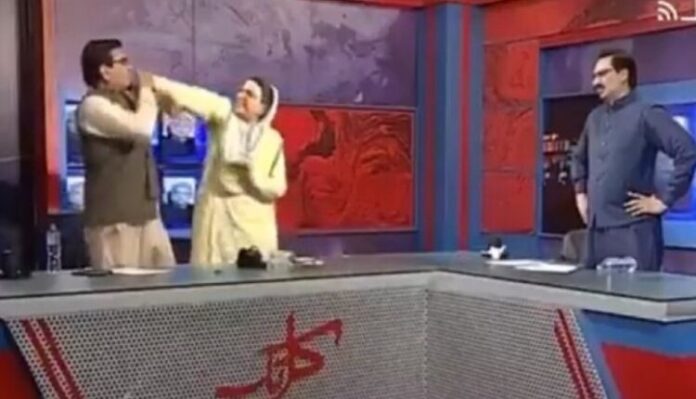 Firdous Ashiq Awan, the domineering spokesperson of the Punjab Chief Minister, is an expert in verbal shelling on political opponents as well as knows how to use her hand whenever the opportunity arises. As soon as any Leader of the Opposition criticizes Imran Khan or the PTI government, Firdous Ashiq Awan has to respond immediately. If he does not respond, his faith in PTI and Imran Khan may be complete. Does not happen That is why they immediately decorate the stage, media representatives are called and then words like Zal Subhani I, Zal Subhani II, Fake Princess are heard all over the country. Sometimes she is seen breaking bricks and sometimes she shows the essence with her bed and hair. 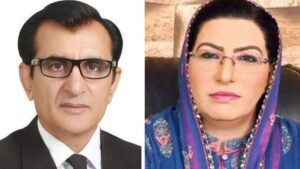 And if nothing else, they do not hesitate to confront any bureaucrat. Standing in Ramzan Bazaar with AC Sialkot, Ms. Para’s high was high and the whole country saw how Firdous Ashiq Awan not only thundered but also rained. Whatever it is, the pain of the country and the nation is full in her. And she is ready to make any sacrifice for the sake of the country and the nation. She was also a part of Syed Yousuf Raza Gilani’s cabinet and her cries were heard in the cabinet meeting. Firdous Ashiq Awan had lodged a complaint with Yousuf Raza Gilani. She pays homage to the interpreter and is a very active woman. Nowadays, only Firdous Ashiq Awan is being discussed on social media again. The world is watching the video of the face-to-face battle with PPP leader Qadir Mandokhel in a private TV program. Now, she herself can better explain the background of this fight, but the courage with which she slaps Mandokhel and tries to grab his collar regularly is commendable. This incident is also pointing to political intolerance on the Pakistani political scene. Political opponents fight with each other, accusations are leveled and even killings take place. There are many examples of such incidents in the world but Pakistan I don’t know why Firdous Ashiq Awan raised his hand on Mandokhel. No one has tried to find out the real facts behind the incident. Yes, he is writing and speaking. 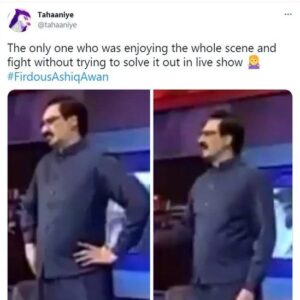 During the program, the talk started with a power outage that led to a train accident and the two blamed each other, including corruption. However, the matter escalated when Qadir Mandokhel personally called Firdous Ashiq Awan ‘corrupt’ after the government and taunted him that the ministry was taken away from him due to corruption.
After that, the two leaders exchanged more bitter words and Firdous Ashiq Awan turned and said to the host of the show, who was silently watching the scene, “Mr. Chaudhry, you have staged this spectacle.”
In the viral clip, it can be seen that Qadir Mando Khel says something on which Firdous Ashiq Awan Sikh finds. Then they both get up from their seats.
This is followed by a bitter exchange between the two leaders and then a ‘beep’ which indicates that vulgar words were used on the occasion.
After the discussion on social media, Ms. went viral with a video threatening to sue Qadir Mandokhel, saying that Qadir Mandokhel also abused her late father and made baseless allegations. On the other hand, Qadir Mando Khel’s reaction has also come to light in which he says that he was told that Firdous Ashiq Awan would not allow anyone to speak in front of him but this was the first time he had participated in a talk show with him.
According to him, he did not say anything that would make Firdous angry. 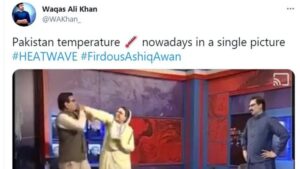 “She kept talking for half an hour. I remained silent, but when I started speaking, she started interrupting me. What are you going to say? You are immersed in corruption from head to toe, to which I told her you are corrupt.” Your government fired you for corruption. That’s when she came to Galum Gluch. ”
Qadir Mandokhel said, “I was enduring Galum Gluch, so he came down on my hands, grabbed my collar and tried to slap me.” Then he tried to hit me with a cup. I was trying to escape and they ran after me so I closed the door and saved my life. ‘
“My training is not to raise my hand against a woman,” he added. I never imagined she would do such a thing. ” 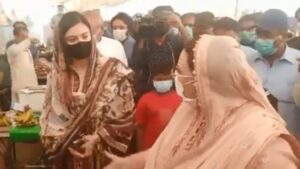 In response to the threat of legal action against him, the PPP leader said, “Most welcome! I myself am a lawyer of the Supreme Court, I have a PhD in Media Laws, I am the first recipient of Pakistan’s Human Rights Award. I have a spotless past. If they want to take legal action, not only will they be defeated, but they will be punished when I take action.
Everyone is expressing their opinion on social media regarding this incident. Someone is justifying the action of Firdous Aashiq Awan, while someone is holding the program anchor responsible because the program anchors continue to enjoy this situation only. He did not try to control the situation. Some people say that PTI leaders accuse others of corruption, but when they are shown the mirror, they get into trouble.Whatever the case, the situation should not have reached this stage. While political intolerance has declined, the program anchor should have played its part. The real facts can still be ascertained by taking out clips of the program, but one thing is clear: the PTI leaders who have been raining false accusations on others are now nearing their test.