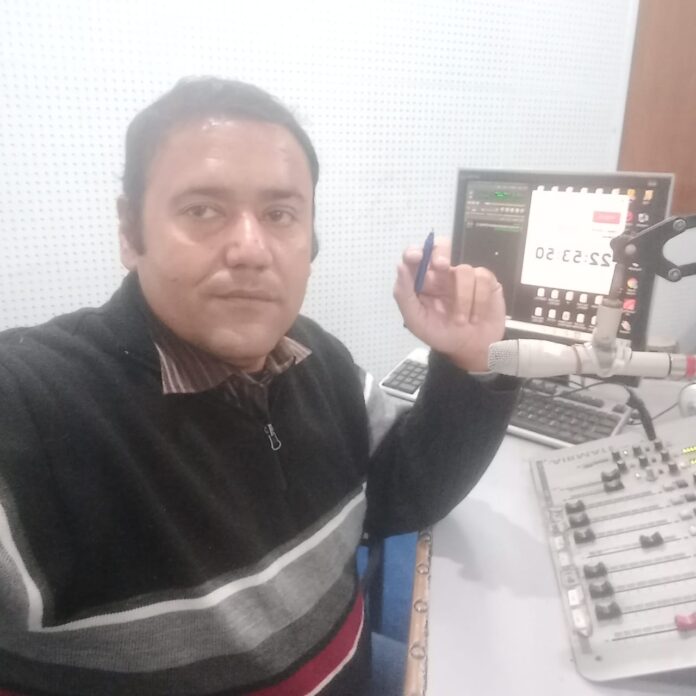 Rafiq’s family belonged to the middle class. They lived in the street with Chowk Jhanda in the inner city. I met him through my school friend Manzoor who was studying with me in Muslim model. I used to watch cartoons in the broadcasts and on the way I would meet Manzoor and his party near Iron Gate, including Rafiq’s son who was one class ahead of us who were going to school hanging bags like me. During my school days I never missed school but school was late and sometimes I used to meet my teachers near Shah Alami who used to come from Shad Bagh on motorbike then I would get lift and before my party When he reached the school, he started waiting for him. Meanwhile, the frog’s exams came and Rizwan Rafique took the exam but his marks were less than expected. He was an intelligent student and he knew about his father’s poverty. Continuing, he took the issue of low marks to heart and committed suicide by drinking acid in the house. He was rushed to the Fruit Hospital Emergency and was in a life-and-death struggle for two days. Couldn’t have happened. It’s been almost 30 years now, but I can still feel myself walking in front of the Muslim mosque, talking to the group.
Recently I was talking to Dr. Asghar Naqi, Professor of Surgery at King Edward Medical University and President of the Society of Surgeons, Lahore Chapter. Esophageal and gastrointestinal surgery and also the rescue of a patient who has taken acid is also a big risk for us. His surgery depends on the severity of the acid if the intensity of the acid is low. The damage to the limbs is minimized and if the severity of the acid is severe it immediately swallows the esophagus and the mouth of the stomach. For surgery of such a patient first we have to reduce the severity of the acid by giving medicine It takes a long time after which it is the turn of the surgery which is the result of a teamwork. The surgeon alone cannot perform such an important task. Is pulled up from its original position and brought into the form of a tube, after which the patient’s digestive system regenerates, but the patient I have to consult the relevant doctors again. They said that a good surgeon goes for the second option ie tube surgery but this surgery is very complicated. I learned this operation from my teacher Dr. TA Shah Sahib who can perform such surgery I used to hold my position. Even today, the number of surgeons in the country is low. All the facilities are available but there is a shortage of Trends Surgeons. I forgot one thing while talking to Professor Asghar Naqi and when I came back home I texted him that you are the son of Hussain Naqi.
I have to talk about another memory and it is related to Mr. Munir Niazi. A long time ago an Independence Day celebration was held in a hotel which was presided over by Mr. Munir Niazi and I was also there with other children. I did not know whose poem was memorized in Punjabi, but at the end of the ceremony, Niazi Sahib called me and asked me if I had memorized all three of these poems. No, O your drinker, I said Qadeer Shaidai, then he started laughing and said, “Okay, you Qadeer Daptar, this was my first meeting with Munir Niazi Sahib. He would always speak to me in Punjabi and I would reply in Urdu. He did not know the address of his house and the other car had to pick up another great poet Muzaffar Warsi from the road. Thousands of cars were plowing and talking was stopped which was known to the radio authorities and they handed over this job to me. I was working as a voice actor. I went with the driver. Later he took Munir Niazi from Onship. He saw Muzaffar Warsi sitting in the car from a distance and told me in advance that I will go ahead. There was no talk between the two elders, not even greetings and prayers. The president of the mushaira was Munir Niazi and the special guest was Muzaffar Warsi. As I was sitting, Niazi Sahib told me to take the menu home first and I looked at Warsi Sahib. He did not speak and thus the journey ended. I deserve them Accepted, 2 days ago Mohammad Jameel Sahib of Academy of Literature called and said that Mudassar is organizing a program in memory of Munir Niazi Sahib in Majlis Tarqi Adab tomorrow. Yes, these friends belonged to my father but my meetings are more than them. I came before him from childhood to youth and he came before me from youth to old age. There was no literary session in Lahore in which we both participated. If not, they would have had to attend on behalf of the Academy of Literature. He said to come and say something but I forbade it because now it was my turn to listen and the conversation of MA Shahid started which I started listening to with enthusiasm. The special guests were Mansoor Afaq and Dr. Ghafar Shehzad, Shafiq Ahmed and Adil Minhas Lahore. And while discussing the personality of the moderator of the ceremony was entrusted to Muhammad Jameel and at the end I will talk about the Madar Millat Award which is given every year to the women who have made significant contributions in their respective fields. This award was given to Ms. Khaleda Jameel Chaudhry by Pir Syed Habib Irfani during a function held at Aiwan-e-Karkan.

Share
Facebook
Twitter
Pinterest
WhatsApp
Previous articleJamaat-e-Islami West Lahore organized a protest in Mansura against the “poor enemy” Mini budget
Next articleC NEWS, Top Story:Ukraine Issue, Biden and Putin face to face, If Moscow do not stop, it has to face strong reaction from US and its allies. What will be the reaction of Russia?