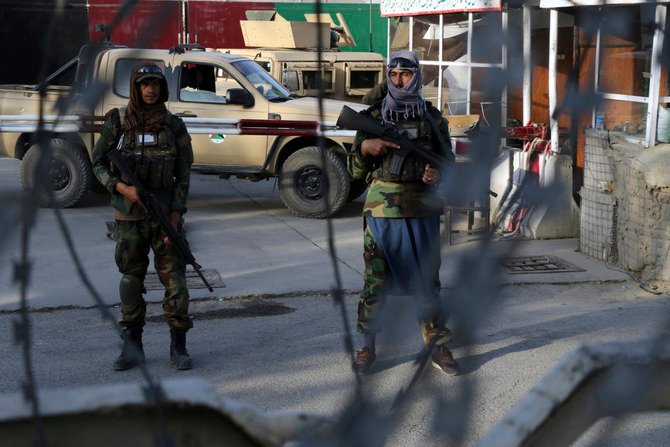 While the G7 was created in the 1970s to monitor developments in the world economy, last week’s crisis meeting of Western leaders illustrated the group’s often under-appreciated importance as an international security linchpin.

The G7 has also shown that other international organizations can still play a significant role in Afghanistan. To this end, UN Secretary-General Antonio Guterres has called a meeting on Monday of the permanent members of the Security Council, and this year’s G20 chair, Italian Prime Minister Mario Draghi, is seeking to convene a September summit.

For now, however, it is the G7 powers that are having the most impact in the Afghan chaos. In the frenzy following the Daesh terrorist attack on Thursday, the group is developing a roadmap for future engagement with the Taliban, including safe passage for people who want to leave Afghanistan beyond Tuesday, when the international airlift from Kabul ends.

The chair of this year’s G7, UK Prime Minister Boris Johnson, said on Friday that the group was using its now limited leverage — economic, diplomatic and political — with the Taliban to try to ensure this.  According to the UN, up to half a million Afghans may now flee, highlighting the importance of acquiescence from the Taliban and of neighboring countries keeping their borders open.

Perhaps the key remaining point of leverage the G7 has is whether it recognizes the Taliban as the legitimate administration in Kabul, which will be key if the regime wants to have any significant engagement with the West. Such diplomatic recognition could unlock billions of dollars in frozen funds. Recognition is also likely to be made conditional on the country not lurching back into becoming a breeding ground for terrorism, and on human rights factors such as the education of girls.

It is not the first time geopolitics has dominated G7 meetings this year.  At June’s leadership summit, international security issues framed the agenda, with the group calling out this year’s significant Russian troop build-up on Ukraine’s border; agreeing tough, further measures on Myanmar if the military there refuses to change course; and issuing fresh condemnation of human rights abuses in Xinjiang.

Perhaps the key remaining point of leverage the G7 has is whether it recognizes the Taliban as the legitimate administration in Kabul, which will be key if the regime wants to have any significant engagement with the West.

Issues with China and Russia dominated that session, with the leaders discussing how the G7 can forge broader alliances of democracies to combat their disruptive activities. While Moscow is a big concern here, it is Beijing that is perceived as the stand-out challenge.

This emphasis by the G7 on geopolitics is by no means unusual.  The 2017 G7 process, for instance, was dominated by the aftermath of the terrorist attacks in Manchester, England, and nuclear tensions on the Korean peninsula.

The G7’s involvement in this multitude of geopolitical dialogues is not without controversy given its original macroeconomic mandate.  For instance, China has strongly objected to a number of this year’s G7 communiques amid accusations of “blatantly meddling” in its internal affairs, including Xinjiang.

Given these controversies, it is sometimes asserted, especially by developing countries, that the G7 lacks the legitimacy of the UN, or even the G20, to engage in international security issues, and is a historical anomaly because of the rise of new powers such as China.  However, it is not the case that the international security role of the G7 is new.

An early example of its linchpin function was during the Cold War, when it coordinated Western strategy toward the Soviet Union. Moreover, following the September 2001 terrorist attacks, it assumed a key role in the US-led campaign against terrorism, including in Afghanistan.

One of the reasons that geopolitics has become a more salient part of the G7 agenda is that it has helped to patch over cracks on other issues, from climate change to international trade, especially during the Trump presidency.

Since Trump left office, the remaining divisions in the West are not as stark or as broad based. However, the emphasis on international security remains.  (Courtesy Arab NEWS)